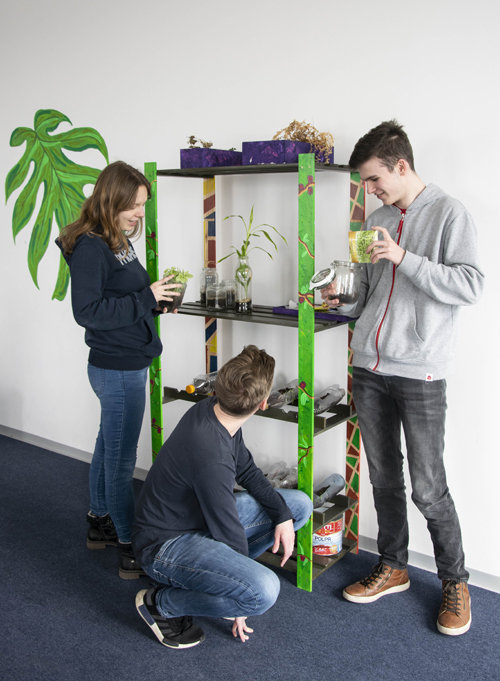 It’s about to become even greener at the Phorms Campus in Steglitz-Zehlendorf. In a pilot project, students on the geography and art course have attempted to create a small oasis within the school by means of vertical gardening.

The concept takes into account the limited space in the town by growing plants vertically. ‘Imagine a bookcase on which, instead of stacks of books, there are several levels of plants, says Stefan Diettrich, teacher of geography, history, media communications and political science at the Phorms Campus Berlin Süd. The idea for the project came to Florian, a student on the advanced geography course, when the phenomenon of urban gardening as a form of modern and sustainable urban development was discussed. An entire wall in the study hall was provided for the project.

‘I think the idea is brilliant! It’s becoming more and more important, particularly in current times, to develop innovative ideas like this. So I found it positive that we want to take part in such a modern project,’ says 18-year-old Alina from year 12. Johannes, 17, replies: ‘At the beginning,

I was a bit sceptical because we initially had problems working out how we wanted to implement the whole thing. Like where the plants should go and whether we should use pallets or a shelf.’

The students agreed to have a shelf with various board inserts and hanging devices and used a huge variety of recyclable materials, such as PET bottles, wine cases and glass jars for sowing the first herbal and plant seeds in. Working with the basic and advanced art course, they embellished the wall of the study hall and the shelves and plant containers with coloured paint. It wasn’t long before the students saw the first results and learned what could be optimised the next time: using richer soil and larger containers and repotting every six months. The purpose of the ‘green wall’ pilot project in the study hall is not just to create a pleasant learning environment for students, but also to improve the microclimate on campus. ‘It’s only the first step, of course, but it’s going in the right direction,’ says Diettrich. 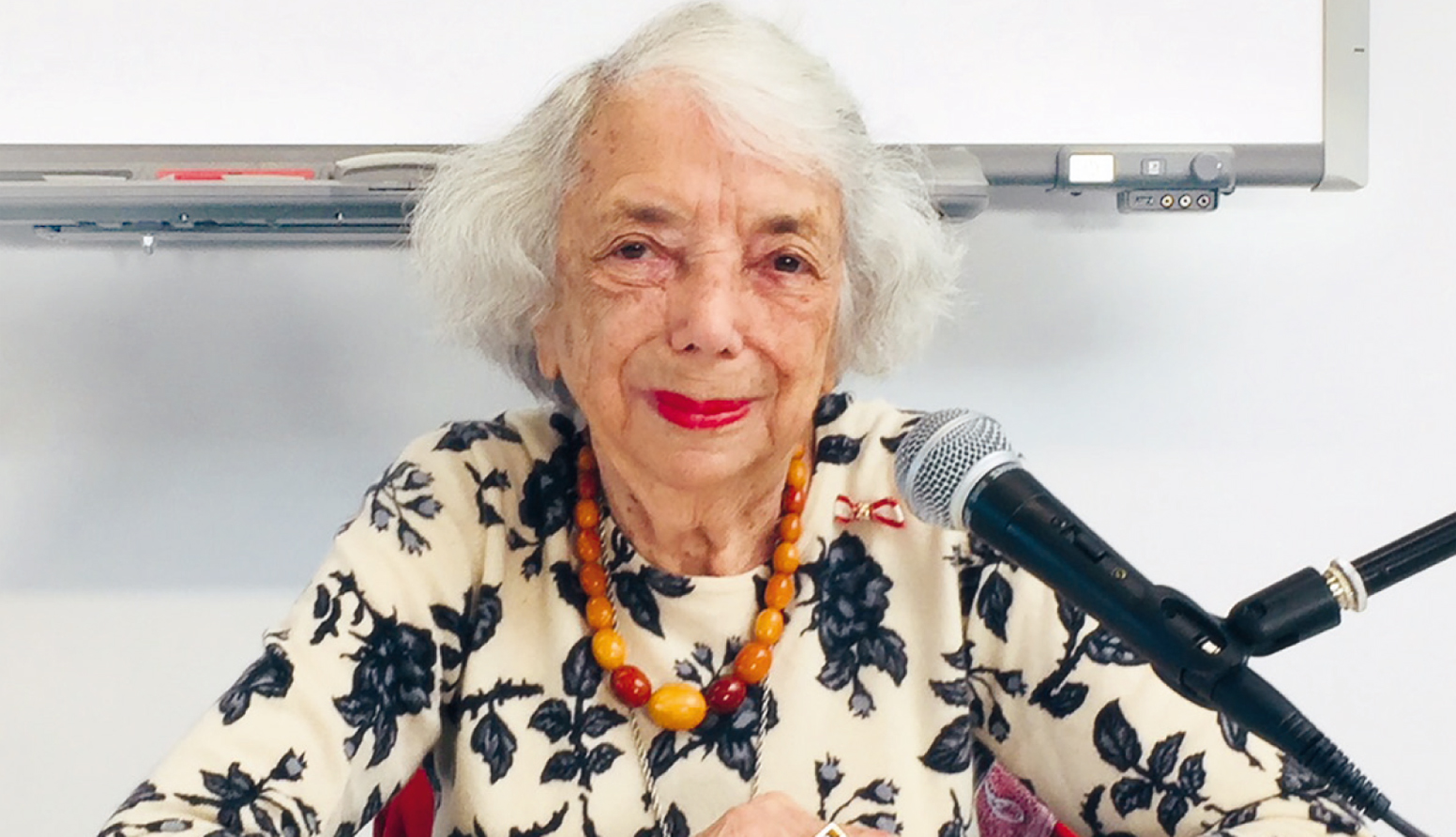