“Children will go along with anything, even if it’s nonsense”

Dr. Salman Ansari is an expert in early childhood learning concepts. He spoke with us about the uses of early development programmes, children as natural explorers and other misconceptions
PHOTO: SILKE WEINSHEIMER | 2013/2 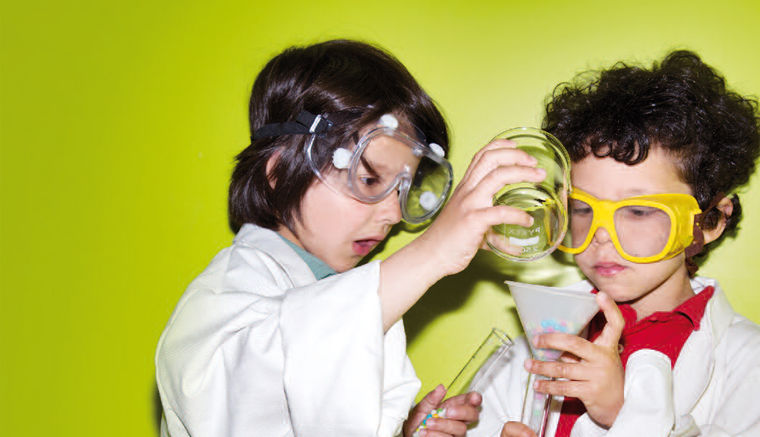 Bildungsthemen: Mr Ansari, you research and write about promoting early develop­ment in preschool children. How valuable are programmes that attempt to attract children towards the natural sciences at an early age?

Salman Ansari: I would prefer to use the term supporting rather than promoting. There is nothing negative about supporting. The question is only how and what should we support? Obviously we can only support something that already exists. First we need to find out what the children already know and how we can make this knowledge useful, so that the children can discover and learn new things based on their knowledge. This is the approach that is taken in educational psychology and the cog­nitive sciences.

What exactly does the concept “promotion of early development” mean to you?

I don’t think that the way in which the term is generally understood is appropriate, because it is based on a particular academic perspective that has become too far re­moved from how children learn in the first place. For me, the issue is how children learn, how people learn. I think that this is the most important issue and not how certain predetermined learning activities serve to promote early development without a clear definition of the concept.

What would be your definition?

If children are always defined as explorers or scientists, we have to consider how children explore and how the real scientists explore. Scientists always start with a particular hypothesis. Then they test the hypothesis by using experiments, field studies, statistics or surveys. Scientists have to design experiments and set the parameters to determine which factors should be variable or constant. That means, throughout the entire process, scientists assume that they can control what they are doing. Real experiments must be controlled, and there must be a method and a design. Children follow a completely different process. They do not plan, they do not control anything in their quest for knowledge and they do not use any methods that could be described as particularly scientific.

How would you evaluate the recent numerous initiatives for promoting early development, many of which are sponsored by the Ministry of Education?

I take a very sceptical view of activities for promoting early development, such as the Haus der kleinen Forscher (“house for budding scientists”) or the Science Lab in Munich. The organisers of many of these initiatives do not consider what actual benefits there will be for the children. Does it help children to keep thinking? Does it support their progress? No, it does not help children. Of course children will go along with anything enthusiastically, even if it’s nonsense, because they cannot decide themselves whether it is significant for their emotional and mental development or not. This is the task that adults must do. Therefore I do not consider “motivating children” to be a criterion for learning.

But you obviously support the idea of promoting early development. What specific aspects of these initiatives do you object to?

Natural sciences are something complicated, as are concepts such as experiment or scientist. We need to define precisely what we understand by them. I have already explained my understanding of experimentation. This is a historical concept and it is defined technically, academically; it is not a vague concept. Experiments in the context of early development are nothing but confirmation experiments. There is no trial and error stage. That means that it has nothing to do with science or research but rather with deception. You tell the children, “Look, things are just as we told you. We’ll prove it to you with this experiment.” Therefore, these experiments always lack a scientific component, as there is when children discover new things independently and things sometimes go wrong or mis­takes are made. Therefore I consider this to be mere idling and not necessary, and an unnecessary financial expense.

After the shocking results of the Pisa study, there was a move to increase investment in early childhood education. The aim was to encourage children to take an interest in the natural sciences from an early age in order to achieve better results at school later on. Do you think that these programmes can promise much success?

After the results of the Pisa study there was also increased pressure on preschools and primary schools. In fact, the Pisa study was not even concerned with this age group, but with 14 to 15 year old children. It is argued that because German schools ranked so badly according to the criteria of the Pisa study, it would be better to offer much more science and mathematics at preschools and primary schools so that the children become better students later and might also go on to study science or technology after leaving school. This is pure speculation, and it is equally likely that there could be a boomerang effect, that is, children might become tired of all these constant experiments.

But generally speaking, it is easier for children to learn new things. Wouldn’t it be advisable to start learning as early as possible?

That comes from the opinion that there are windows in the brain that are open at an early age but supposedly close again later. That was a premature conclusion reached by neuroscientists that has continued to worry parents. Many parents think, “My child has to learn lots and lots while the windows are still open and before they close again.” This theory is completely unfounded. We now know that we can keep learning throughout our entire lifetime, and that such windows do not exist. Of course it is correct that at an early age everyone be­comes interested in things and has an enormous thirst for knowledge compared with older people. But to speak of windows that open and close is utter nonsense.

What role does the family environment play in early childhood learning?

If the environment offers children a very large number of stimuli and induces them to reflect on various things, children learn more. The same applies to the home; if a lot of communication takes place there, if there are many stimulating things happ­ening there, if there are siblings present, these children learn much more than children who live in a household where there is little communication, where there are few activities. In order for children to learn, the environment must animate the children to become independent, develop their own ideas and behave actively. They should be encouraged to do things independently and to be creative. The question of how this environment should look is one that adults must keep asking themselves. How can they create an environment that stimulates children to ask lots of questions, motivates them to explore their world and develop new skills?

What is your impression of childhood today? Do you feel that children still have enough opportunities to discover things by themselves?

Germany is a wealthy country. Children here are very privileged. They do not have to starve and really have the opportunity to enjoy the gift of childhood, free from all kinds of worries. That is one aspect. The other aspect is that in this same wealthy country, little is done for children. Whichever city I walk around, I always wonder how you can tell that there are children living there. Apart from a few thoroughly planned, quality-controlled playgrounds, I do not see much evidence. There is hardly any opportunity for children to experience anything by themselves. There are no wild playgrounds where children can build something themselves or where they can construct secret hideouts. There is a certain counterbalance to material freedom. And this counterbalance comes about when adults exert much greater control over the environment, for example by driving cars.

What was different about your childhood?

Children today have unlimited access to any information available, which is not at all good. Children in my generation didn’t know what was happening in China, for example, or if there was a nuclear disaster. There is a lot of awful information that children today can pick up at much too young an age. The situation is very ambivalent. We must try to keep children away from information that they don’t even have any use for. It doesn’t help them at all; it only disturbs them. Then they might start asking questions like, could the moon fall down from the sky and damage the Earth? Children can already imagine such a possibility.

What do you think of using new media at preschool?

I think nothing of it. Children do not need it. Look, previous generations didn’t have computers and they still managed to live. Einstein didn’t have a computer but still was able to make important discoveries. Creative people in particular don’t need computers. Computers are useful instruments, but only when you really know how to use them. The question is surely, why does a child need a computer? I can’t think of any good reason. What new things could a child learn from a computer?

Salman Ansari is a doctor of chemistry and special education teacher. He was born in India in 1941 and has been living in Germany since the 1960s. He lectured at various universities and developed the project “Kinder fragen Kinderfragen” (“Children ask childish questions”) for the Telekom Foundation. Ansari is an expert in early childhood learning. His new book “Rettet die Neugier: Gegen die Akademisierung der Kindheit” (“Save curiosity: against the academicisation of childhood”) was published by Fischer Verlag earlier this year. 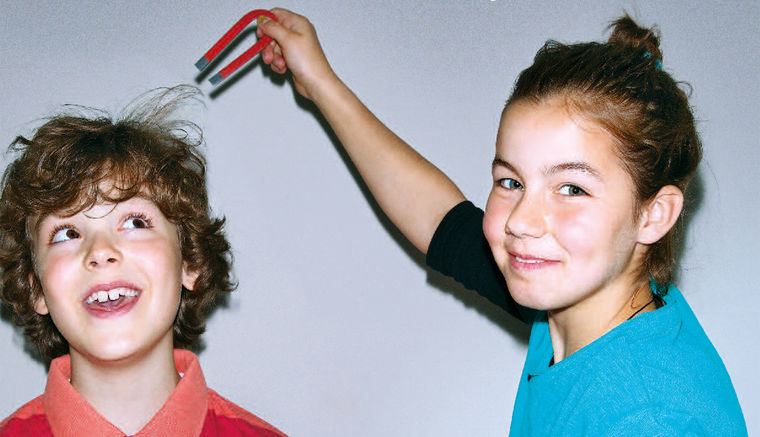 Here are a few tips and links for some places where children can make their own scientific discoveries
2013/2
PHOTO: SILKE WEINSHEIMER
Tweet
E-Mail
Drucken