A look back at the 2015 'Phormative' educational conference
PHOTO: THOMAS GRUNDWALD | 2016/1 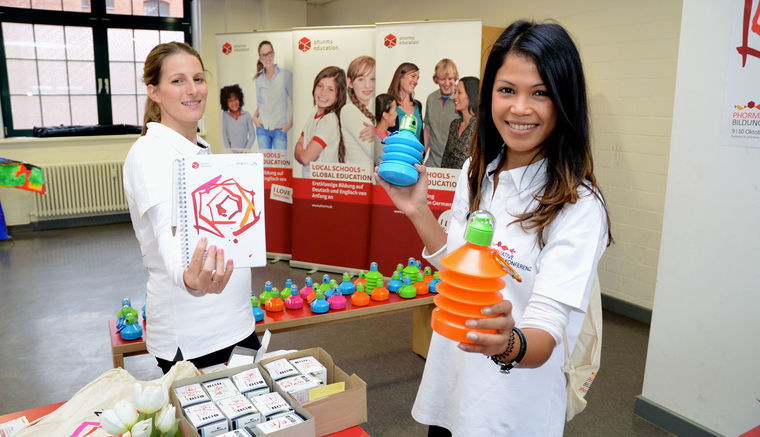 ‘A good school is one with the best teachers,’ says Marc Vehlow, head teacher at the Phorms secondary school in Berlin Mitte. In keeping with this philosophy, the ‘Phormative’ educational conference was held on 9 and 10 October 2015. For two days, Phorms employees as well as interested parties from other educational bodies discussed the issues of health, communication, teaching methods and digital media as well as access training opportunities.

‘I want your kid to be the one to speak up and act, even when the burden is heavy,’ said Barbara Coloroso. An internationally acclaimed speaker and bestselling author, she swapped the studios of CBS, NBC, CNN and ABC for a Phorms classroom during the two-day conference. And her audience wasn’t made up of students, but rather teachers from Berlin, Frankfurt, Erlenbach, Hamburg and Munich. They all listened eagerly to Coloroso’s talk, which was entitled ‘Just Because It’s Not Wrong Doesn’t Make It Right: helping kids to think and act ethically’. Not only is the topic exciting, but so is Coloroso’s delivery style. Her talk is peppered with interesting anecdotes and stories.

‘A girl came up to me in tears and told me the boys wouldn’t let her play with them. I registered the situation, but quickly realised that the girl was pulling the wool over my eyes. How should you act in those kinds of situations?’ asks a teacher from the Phorms school in Berlin Süd. At this moment, Barbara Coloroso is like a mentor to the teachers. ‘Look at the corners of her mouth next time. I’ll bet you that one of them is raised slight-ly,’ said Coloroso with a smile. She also highlighted the importance of respecting the child’s dignity when handing out punishments and gave the teachers other useful pointers.

Barbara Coloroso, an American, developed her unique and effective educational and teaching strategies during her degrees in sociology, special education and philosophy, her time as a schoolteacher and university lecturer, as a volunteer in Rwanda and as a mother of three children.

Another well-known workshop leader at ‘Phormative’ was Stuart Stotts. ‘There are several methods for promoting language, trust and a sense of belonging in young children,’ says Stotts, He began his workshop ‘Beyond Nice: Nurturing Kindness in Children’ by using specific methods to break down the everyday reserve and distance we put between ourselves and strangers. Armed with a banjo, he sang ‘We all need more kindness in this world’. A song with simple lyrics and a catchy melody. All the attendees were encouraged to join in – and what started out sounding like a quiet squeaking noise had grown into a resounding choir by the end of the workshop.

Following a few group activities and discussions, each and every attendee felt like part of the group. ‘You now have more empathy for each other and are kind to one another,’ said Stotts. ‘Even if children have many inherent problems shaped by their environment, teachers can explicitly teach kindness and foster a culture of compassion through a variety of activities, modali ties and strategies,’ explained Stotts.

Over the two days, the attendees could choose between more than 40 talks and workshops. The speakers included many well-known authors and educationalists, such as Michael Felten and Tim Burns.

A highlight of ‘Phormative’ was the innovation pitch, which saw entrants present their ideas for the Phorms network and compete for prize money to put their proposals into practice. The many creative and original ideas were assessed by a judging panel comprising Phorms Executive Director Carsten Breyde, Head of HR and organiser of ‘Phormative’ Ulrike Senff, and the speakers Stuart Stotts and Tim Burns. Ellen Keogh, an educational officer at Phorms Campus Hamburg, won 3,000 euros for the nursery with her idea entitled ‘health-e-days’. By setting up special work-shops and healthcare initiatives, this programme aims to balance out the often highly stressful everyday working lives of the nursery staff. Second prize went to Marc Vehlow for his idea of a ‘Phorms Global Exchange Student Programme’. He won 2,000 euros for his idea of reinforcing exchange partnerships with schools abroad.

On the basis of positive attendee and speaker feedback, Carsten Breyde announced that the second ‘Phormative’ educational conference will be held in spring 2017. Here, teachers will once again be given insights into new teaching methods and concepts and will be able to exchange ideas about day-to-day practice 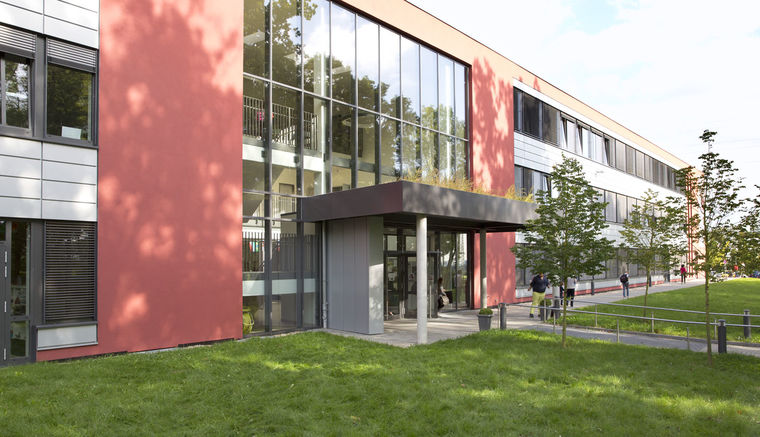