You can now listen to the voices of eleven students from Phorms Campus Munich if you visit the Museum Brandhorst. As part of the ‘Audiopi.lot english’ project, students in years nine and ten spent six months developing twelve audio guides about works by Andy Warhol, Sigmar Polke and Franz West
PHOTO: SABRINA HOHMANN | 2015/2 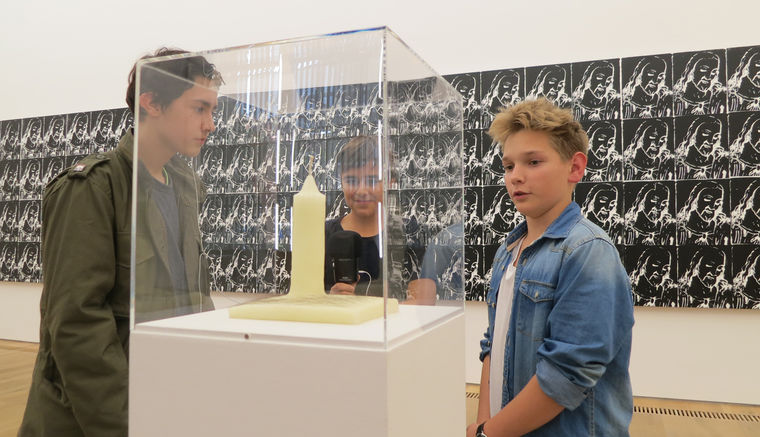 ‘We had so much fun learning how to interview and to how create an amazing audio guide,’ says Frederik Jehle from the 9b class at the Phorms Campus München. In the Museums Brandhorst, it is now possible to hear an audio guide for the gallery conceived and produced in English by 11 Phorms Munich students in years nine and ten.

The Audiopi.lot project started in October 2014, with two seminar days where students became acquainted with the museum, the artworks and the forms in which audio guides can be created. The students voluntarily took part in the project, supported by the Udo and Anette Brandhorst foundation and by the department of Kunstver-mittlung of the Museum Brandhorst. Stu-dents chose an artwork that interested them and then met each week for one after noon to work on their pieces in groups. In the audio guide you can, for example, hear information and sounds about abstract paintings by Andy Warhol, Cy Twombly or Sigmar Polke. All along, the Phorms students were accompanied by the artist Sabrina Hohmann, the audio drama writer Börnie Jugel and their art teacher Karen Lupu-Jacobsohn.

‘It was an amazing, unique experience. I particularly liked that we were able to visit the museum archives which are not open to the general public,’ says Carina Hobbs from year ten. In the archives of the museum, they watched how artworks are stored and transported. They also talked with the museum director, Mr Hochdör¬fer. ‘I found the audio guide very informative. I learned that you need a written form along with an oral form of the audio guide. The written form is better known as a script,’ explains Janaki Nair from year ten.

They learned to hold interviews of gallery visitors and, in the case of one audio piece, interviewed the architects of the building. Then, once the 12 audio texts were written and edited, the students recorded their audio pieces in a professional recording studio on the weekends.

The resulting guide is incredibly professional, unique and personal. You are invited to visit the museum at any time to hear them, as they are now a permanent part of the audio guides offered to visitors

Museum Brandhorst houses the modern and contemporary art collection of Udo and Anette Brandhorst. The building is located in Maxvorstadt, Munich’s main art district. The exhibition space covers 3,200 sq. m, presenting more than 700 artworks from the classical avant-garde and post-war modernist eras in Europe as well as pieces by American artists from the post-war period and contemporary works. A particular focus of the collection is placed on works by Cy Twombly and Andy Warhol. 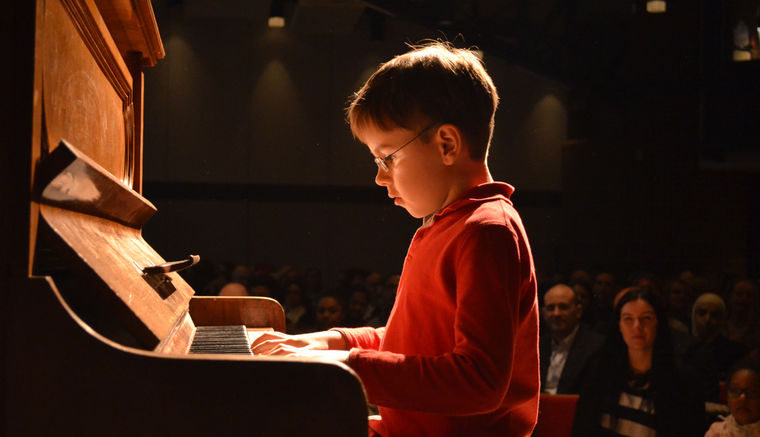