"As a courageous school we know, it´s the only way to go"

No bullying, no exclusion and plenty of courage – the Phorms Campus Berlin Süd received the ‘School without racism – school with courage’ award from the Aktion Courage national initiative. Together with their ‘godfather’, BossHoss singer Alec Völkel, the students celebrated by rocking the courage school
PHOTOS: SARAH WINBORN | 2016/2 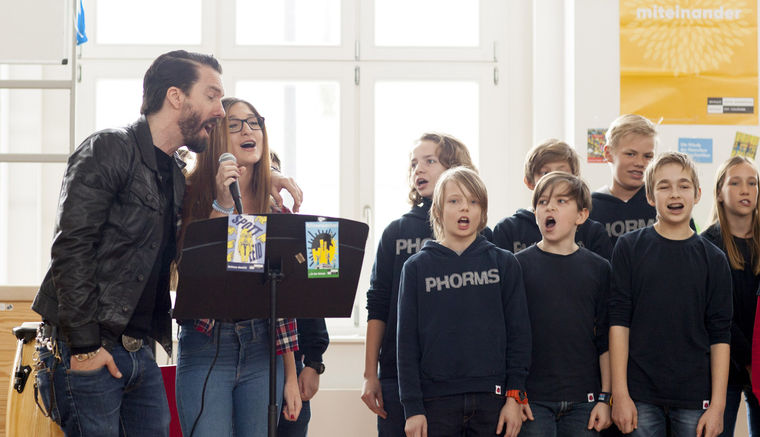 To become a ‘school without racism’ (‘Schule ohne Rassimus’), you need to commit to certain goals. Firstly, everyone – from the students and teachers to the administrative staff – has to commit themselves to combating discrimination and particularly racism within the school.

‘It’s important that everyone in the school pulls together,’ says Sanem Kleff, head of the youth initiative. An educational institution is only awarded the title if at least 70% of all the people at the school sign a pledge of commitment. Half of the teaching staff at Phorms are from Canada, the USA, UK and Australia. ‘Our students experience multiculturalism every day,’ says Hardt.

Student Gabriela Paredes initiated the project in December 2015 and nominated the Phorms Campus Berlin Süd for the award. ‘We don’t want bullying at our school; no one is too fat or wears the ‘wrong’ clothes,’ says the 17-year-old. She answered all kinds of questions about the topic of discrimination with the students from years 1 to 12. ‘I created an age-appropriate presentation for every year level. In years 1 and 2, for instance, I explained terms like anti-Semitism and xenophobia. I was impressed at how sensitively all the students from the different year levels dealt with this topic,’ says Gabriela.

Every courage school has to have at least one godfather or godmother. Often the godparent is someone from the world of art, politics, media or sport. By publicly supporting the cause, the godparents provide students with ongoing support in their anti-discrimination efforts, not just on the day of the award ceremony.

The Phorms students were lucky enough to get BossHoss singer Alec Völkel on board as their godfather. He helped the students celebrate their school’s new title. ‘I think it’s really great that children are learning about this topic. We should never forget that differences are also exciting,’ says the band frontman.

The Phorms students agree and organised a short presentation for the ceremony. One of the students recited her poem, which contained the following line: ‘As a courageous school we know, it’s the only way to go.’

Völkel joined in the action when it came to the musical part of the presentation, singing the hit ‘Don’t gimme that’ with the students, a song from his band The BossHoss’ 2011 studio album Liberty of Action.

The title was first awarded in 1995. Even back then the ‘School without racism – school with courage’ (‘Schule ohne Rassismus, Schule mit Courage’) youth initiative provided children and teenagers with a framework in which to take their first steps towards socio-political participation. The Phorms Campus Berlin Süd is the 72nd school to be honoured with the courage school title. 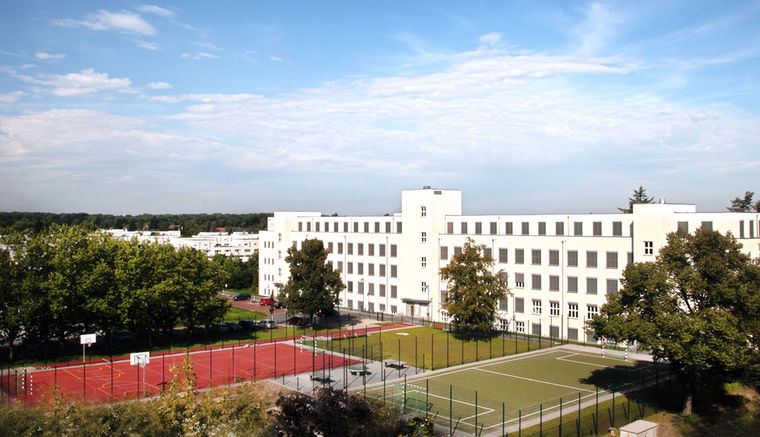 A new playground with an original concept for the primary school in Berlin Süd
2016/1
PHOTOS: PHORMS
Tweet
E-Mail
Drucken