Sharing a meal has always established solidarity as well as hierarchies. This cultural history of eating teaches us why we eat what we eat and what it means to us
Authors: Gunther Hirschfelder, Sarah Thanner | Illustration: Friederike Schlenz | Photos: private | 2019/2 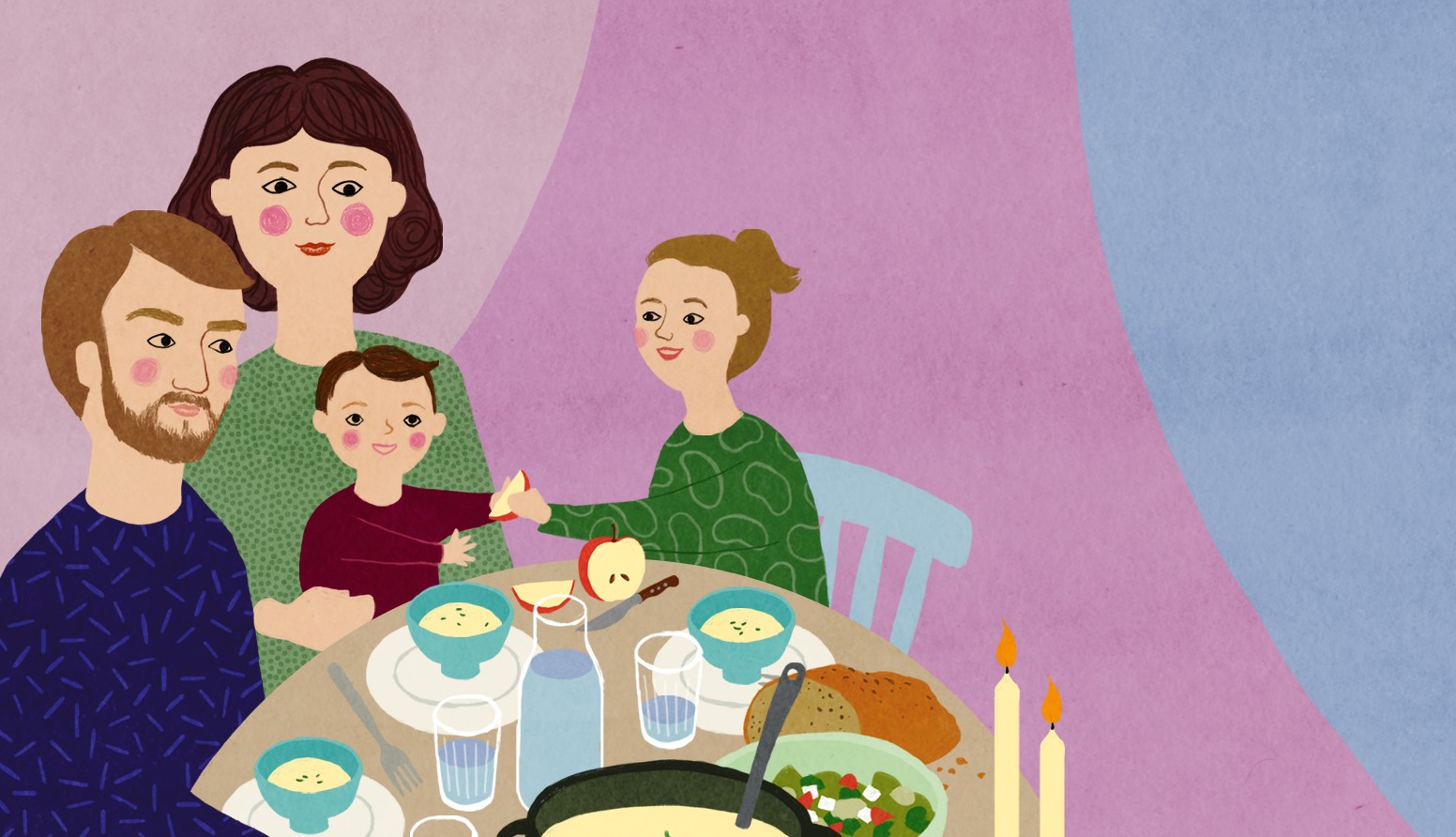 When your average supermarket stocks about 12,000 food products, it is little wonder that the world of food has become a confusing place. It can be difficult to keep track. What is healthy? What is bad for you? What tastes best? Is it sustainably sourced? It’s easy to forget that while food is a material quantity, eating is – above all – a cultural activity. In childhood, we learn from our family and our social environment what to eat, how to eat and with whom. On a personal level, this basic pattern changes very little over time. However, we have to adapt it to our everyday routines in today’s highly mobile, global and digital world.

Has the good old-fashioned family mealtime fallen by the wayside on our journey into the modern age? Do canteens and refectories, fast-food outlets and discount stores, snacks and takeaways now play a much greater role? In fact, what role do mealtimes still play in our society? It is difficult to say, because our perception of the way we eat differs fundamentally from reality. It is fed by historical traditions, media depictions and, not least, our own personal memories. Today, family mealtimes seem to be more of an exception than the rule, but we still cling to the idea of them.

The social reality of our everyday eating and drinking habits is pluralistic and complex. The Industrial Era, which shaped our lives and provided our perspective, has disappeared. While class shaped our society in the old Federal Republic, we have now moved to a lifestyle society in which scenes and milieus are just as important as our family background. This is reflected in our food culture. The world of work has also changed. Since the late 1990s, the demand for flexibility has grown and the boundaries between work and leisure time have become increasingly blurred. This has had a knock-on effect on traditional family mealtimes.

However, if we take a closer look, we can see that mealtimes have not lost their social value. They have simply forfeited their function of imposing social regulation and discipline. To understand this development, it helps to take a look at the past. 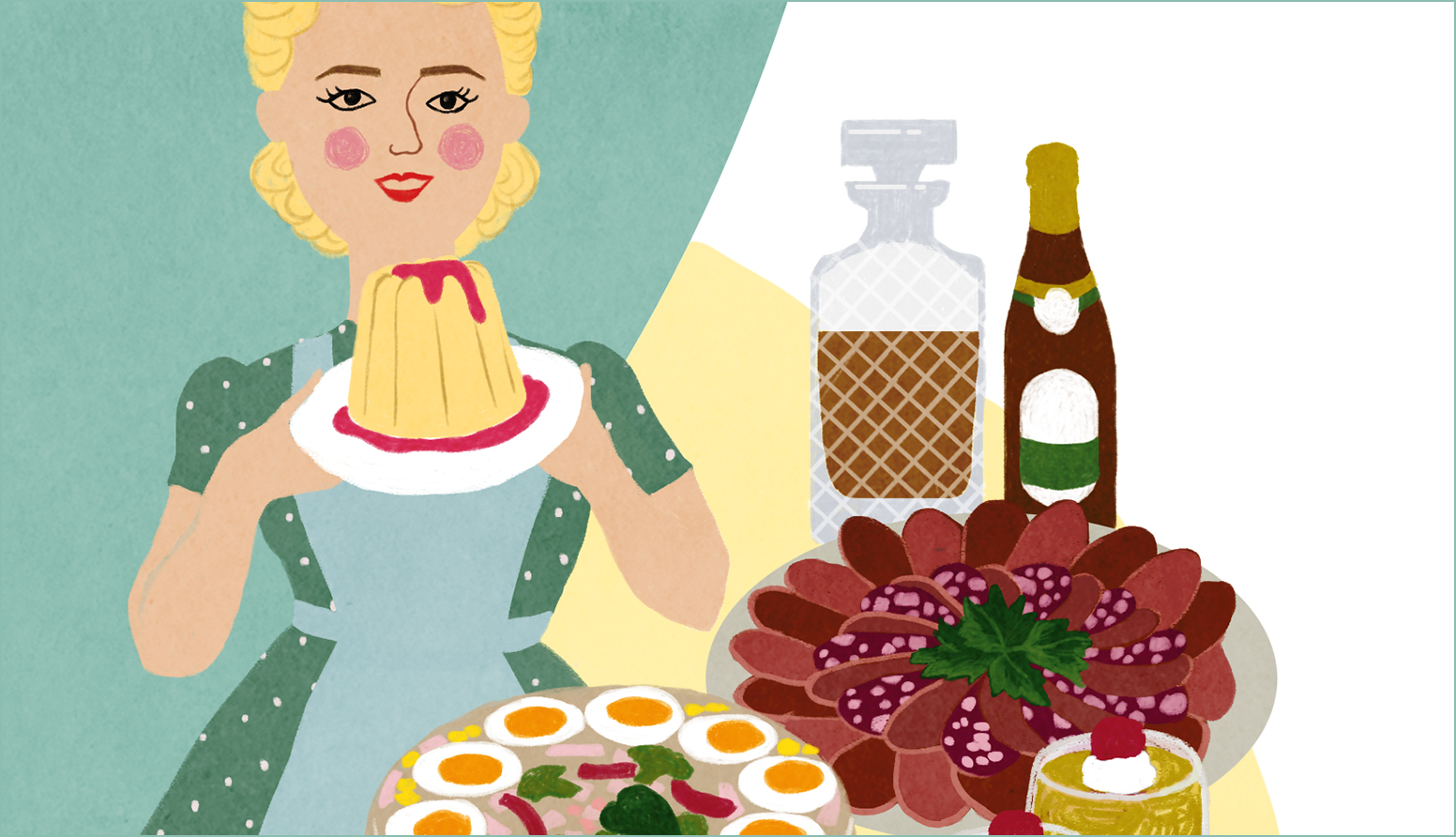 From the Stone Age to the mid-20th century

About 300,000 years ago, the discovery of fire meant that for the first time, there was a fixed location for meals. Social life and communication between individuals and groups came to be centred around the fire.

The Neolithic period, about 10,000 years ago, saw humans gradually transition from hunter-gatherers to farmers, and hunting came to be a manorial privilege. Eating habits became a mirror of social hierarchies. While mealtimes up until this point had brought people together, now they divided the rich from the poor.

By the end of the 18th century, different forms of meals had developed. Communal meals were a defining feature of Spartan society in about 500 BCE. Important cultural, political and economic decisions were made at the collective symposium in ancient Athens. The ‘three meals a day’ system arose in ancient Rome at around the time of the birth of Christ.

With the transition from the ancient world to what is known as the Migration Period (from about 400 CE) and then the early Middle Ages, the culture of meals changed again: eating one’s fill was now associated with higher social standing. Meals acquired ever greater symbolic value and could be exploited as a result. The nobility would lay on a lavish banquet in an attempt to extend its influence. An invitation to such a banquet signified admission to a social group; the shared meal strengthened ties. Literary evidence of this can be seen in the legend of King Arthur’s round table. Whereas today the tendency is to eat in isolation, in the early Middle Ages, the shared meal was at the heart of all social relationships.

A major turning point for the modern meal system came in the early 19th century with the transition to the Industrial Era: industrially manufactured products had a profound effect on consumption habits and preparation techniques. Food intake had to be adapted to the rhythm of the machines. Factory workers had to eat quickly during short breaks or even while working. Mealtimes where the whole family came together began to be an exception. At the same time, the middle classes began to develop their own mealtime traditions. The famous morality tale of ‘Zappelphilipp’, the undisciplined boy who fidgeted at the dinner table, underlines the fact that these traditions were rather Prussian in nature. Education at the table, military manners, strict obedience: these were the premises of the 19th century.

From the discovery of fire to the mid-20th century, shared meals were the core of our social life. They provided an opportunity to sound out relationships and were a symbol of integration and exclusion, of community and hierarchies. 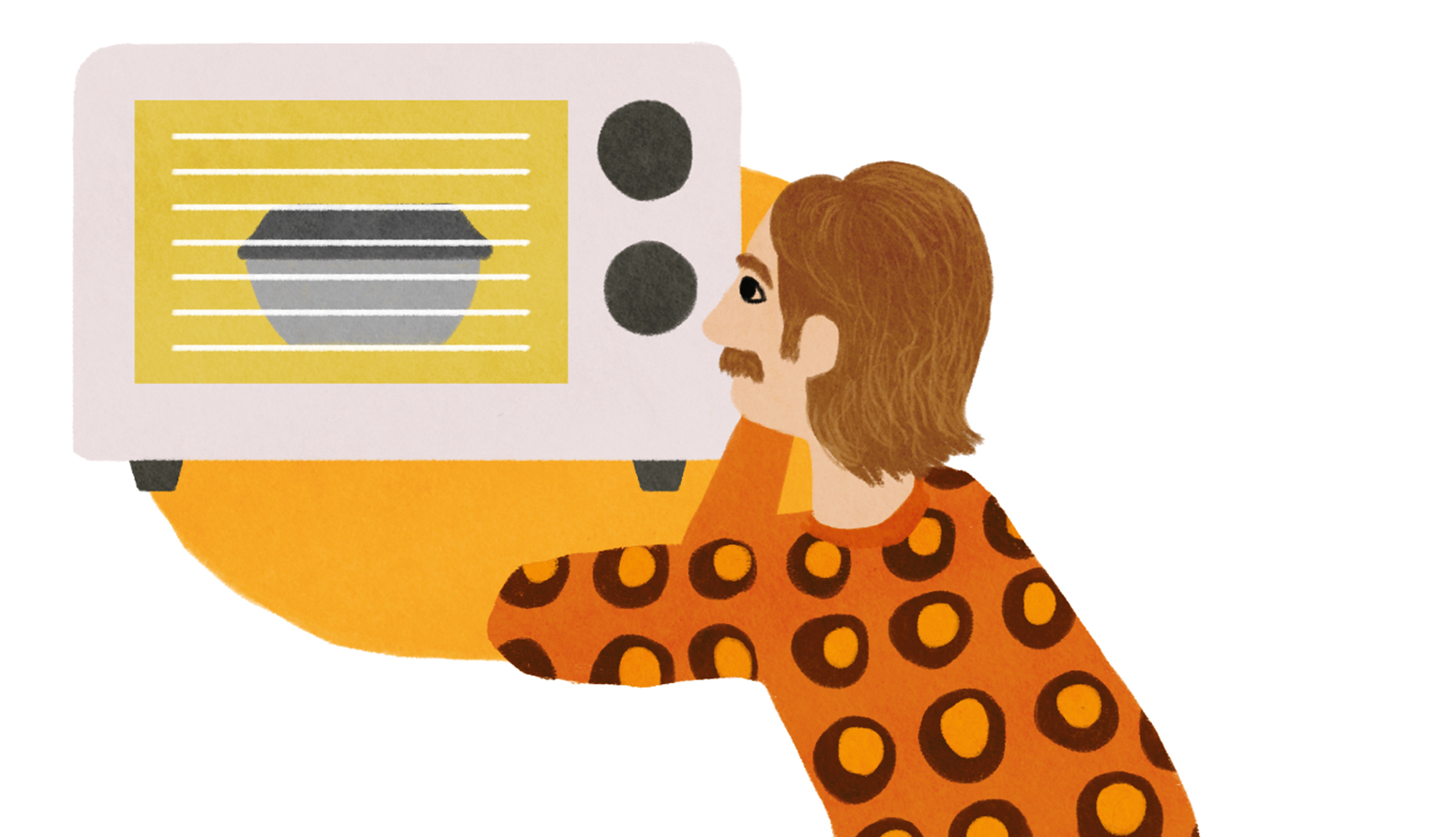 Developments since the mid-20th century

After World War II, the economic miracle brought an end to hunger in central Europe. This had previously been a constant of European food culture: for millennia, times of plenty had alternated with times of famine. Because hunger usually outweighed abundance, consumption became a driving force.

Much of the behaviour in the 1950s can be seen as a reaction to the hunger of the war and immediate post-war years. People increasingly and ostentatiously consumed food items that had been seen as luxury products up until the 19th century: chocolate, cream, butter, meat and alcohol. This laid the foundations for the obesity epidemic in the age of mass consumption.

The 1960s marked the end of the road for the shared meal. A pervasive transformation was underway, as the rapid rise in household technology ushered in an era of frozen food and convenience products. The availability of food was no longer dictated by seasons and harvests. With increasing mobility, people ate at home less and less often.

Although there were many new things on the table, the same old warnings could still be heard: ‘While your feet are under my table, you’ll do what I say.’ 19th century-style bourgeois/Prussian/military patterns of upbringing continued to put a patriarchal stamp on the family meal. For children and adolescents, these patterns felt overly disciplinarian. This changed only in the wake of the student unrest in 1968, when young people began to question authoritarianism in all areas of life.

The 1960s and 1970s also saw the rise of fast-food culture. Following the example of the occupying British forces, people began to eat standing up. This new trend spread from major cities to rural areas. Snacking offered a food experience that was free from social constraints. 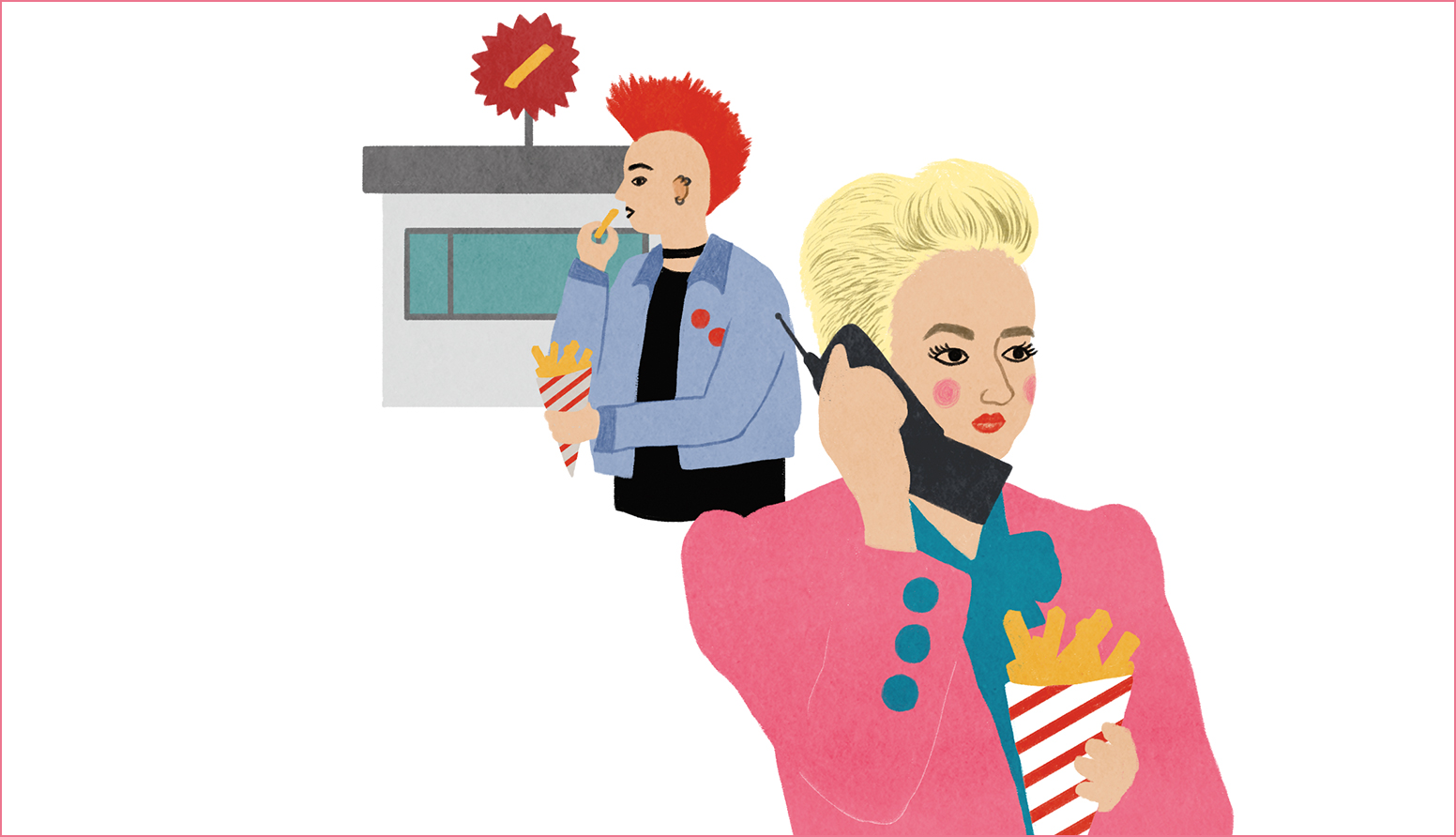 Looking back at the past shows that shared meals have always helped to cement ties, but at the same time, they have also strengthened hierarchies. Has our pluralistic lifestyle society sounded their death knell? Yes and no.

There is no denying that they have lost much of their prescriptive nature. A pluralistic, individualistic society shaped by milieus and scenes gives us the freedom to get up from the table and to eat what, how, when, and where we want. In doing so, we remove ourselves from social and pedagogical control. This freedom can be a challenge for any parent whose children want to eat alone and escape their influence.

Today, diets and meals are more diverse than ever. More and more people eat alone at hours that defy traditional timetables but which are, above all, practical. Individual meals can express lifestyles and mindsets. Concerns about the ecological sustainability of our planet and a fear of the consequences of climate change are also reflected in our eating habits. We are not just talking about trends such as veganism here. People are looking for traditional values that seem to defy the widespread crisis of confidence in society.

Even in today’s society, with its strong focus on the individual, people remain social beings. They need communication, can only develop as part of a community and suffer from loneliness. For many people, having to eat alone has negative connotations. Ever since the discovery of fire, shared meals have been one of the most important anthropological constants. In an era of isolation, they stand for an intact community.

Superficially, they may appear to have become redundant. In actual fact, they have never been as needed as much as they are today. A shared meal builds confidence and trust in a way that few other activities can. This is why it can be useful to look at the ties between food culture, tradition, and history from a pedagogical viewpoint too. They should not only be taught as part of the history curriculum, but also as part of religion and ethics, geography and art, and of course, natural sciences. The history of food shows us how society has developed up to the present day. It can be used to outline former social orders and to explain ideal notions of life and the human body. And we should not forget that the shared meal continues to form the basis of community, in all its forms.

is professor of Comparative Cultural Science at the University of Regensburg. He researches food culture and agriculture from a historical and contemporary perspective.

is a research fellow in the BMBF-funded project VIGITIA at the Chair of Media Informatics at Regensburg University and is currently doing her PhD in Cultural Anthropology. 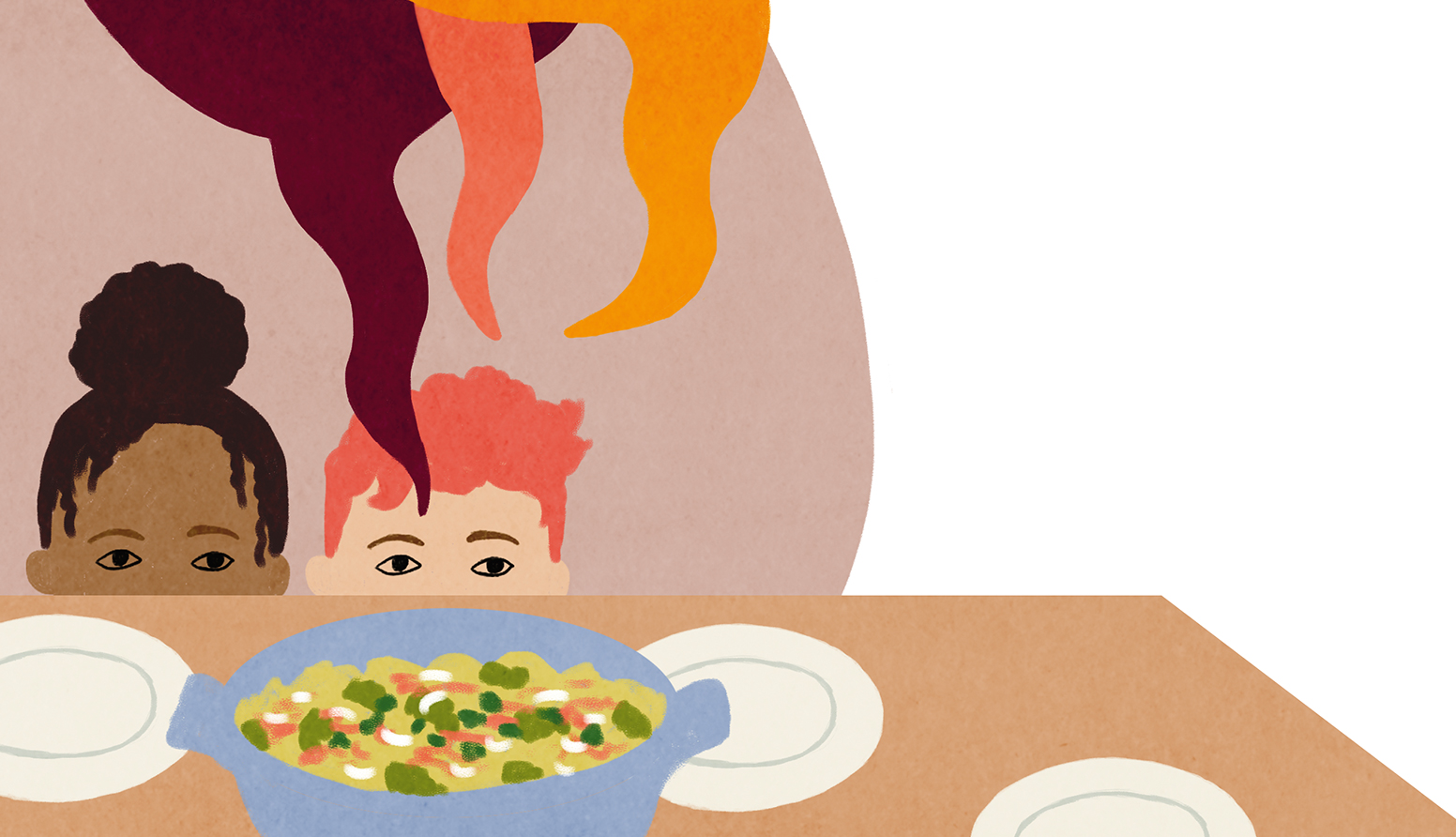