When young people leave school, they have the world at their feet. Yet many of them are plagued by fear of change. How can they keep their fear of upheaval and new beginnings under control?
AUTHOR: STEFANIE MAECK | ILLUSTRATIONS: KARIN LUBENAU | 2017/2 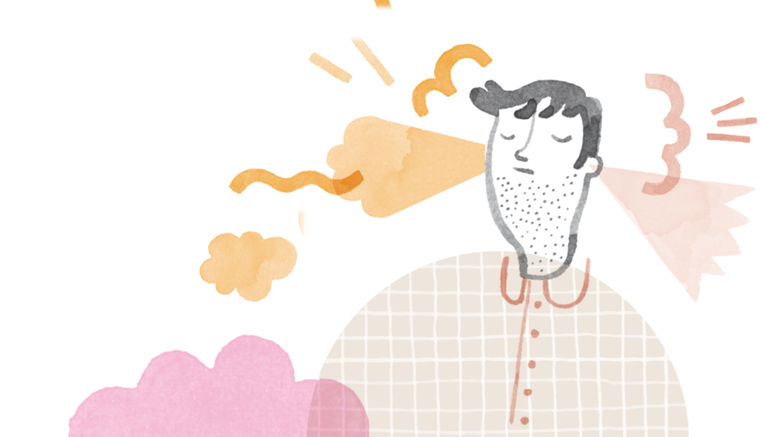 Listening to the school-leaving speeches as parents snap away proudly, everyone feels strong, smart and self-confident. But shortly after school, that’s when it starts to creep in – fear of the future. There are decisions to make, subjects to choose, a year abroad to plan, along with questions like, where should I live? What international internship should I choose? This multitude of options is a source of real panic for many young people.

The Institute for Work and Skills at the University of Duisburg recorded increasing demand for advice among young students back in 2013. And what’s more, the advisors noted that some of those students were looking to the future with exhaustion and worry. And with around 7,800 bachelor’s degree courses out there, that’s hardly surprising.

Petra Holler, former head of the psychosocial advice centre at the Munich Student Union, is noticing a new type of student not seen in previous generations, one who readily complains of pressure to succeed and fear of failure.

To Holler, this generation seems anxious and conformist. These students are not the type to simply unwind and enjoy peace and quiet. Her colleague Wilfried Schumann, head of the psychological advice service for the University of Oldenburg and its student union, observes that changing courses is regarded as catastrophic and that young people prefer to suffer through their original degrees. ‘Students are plagued by the ideal of a linear, super-efficient career path that should become profitable as quickly as possible,’ says Schumann.

Schumann describes this concept of the smooth career path as completely ‘synthetic’ and ‘fictional’. But with everyone driven by this ideal, a desire to stop or switch courses is now seen as a crisis.

That’s why Schumann tells those who change courses that they are in good company – up to one third of students in each discipline change their degree subjects. But what is the psychological root of this growing competitive pressure and fear of failure? There is a new societal climate dominated by fear of decline and an improvement-based mindset that encourages students to strive for career security.

The sociologist Heinz Bude describes a ‘society of fear’, where the fear of decline has become a major social force. He believes that people who fear being left behind don’t allow themselves any detours in life and are tied to improving their CVs. Today’s students, it seems, want to do everything ‘right’, worrying about the right internship, the right semester abroad and the right course choice. As a result, pressure, exhaustion and psychosomatic illnesses are on the rise. As Germany switches to the streamlined bachelor’s curriculum, hope placed in recommendations and the desire for dependency are growing.

Yet finding your own way takes time. Missteps and detours are all part of development and individual growth. The experience of doubt, says Petra Holler, is an important experience.

However, that’s not so easy when you’re cycling through endless worries. Wilfried Schumann advises students to train themselves mentally, using techniques borrowed from elite athletes. He uses these techniques to help his students re-evaluate their situations. Rather than viewing a desire to change as failure, he shows students that the decision to change is a bold one. He also reminds them that it’s normal to be unsure about your options, to wonder about your path.

Schumann also recommends that his students stop comparing themselves to others. ‘That’s the fastest route to unhappiness,’ he says. ‘There is always someone who is sharper, smarter or better looking.’

Psychologists know that worries take the upper hand when we think our abilities put us at a disadvantage in new situations. That’s why Wilfried Schumann advises looking at things through the lens of your own abilities, with questions like, ‘Which situations have I already mastered successfully?’. This develops confidence in one’s own abilities.

But how do you combat the fear of a new beginning? Advisors say that the courage to follow your dreams and try new things, a calm demeanour and an acceptance that detours and a lack of direction are a part of life, are all part of the path to happiness.

Berlin university psychologist Hans-Werner Rückert knows that reflection and autonomy can atrophy, but critical thinking is part of growth. This is not something you get from a super-efficient, brief bachelor’s course. In fact, it can be very worthwhile acknowledging that your path is taking longer – and that it’s a good thing. This generation shouldn’t worry so much – they are young and well-educated. All they need to do is live – and enjoy being young. 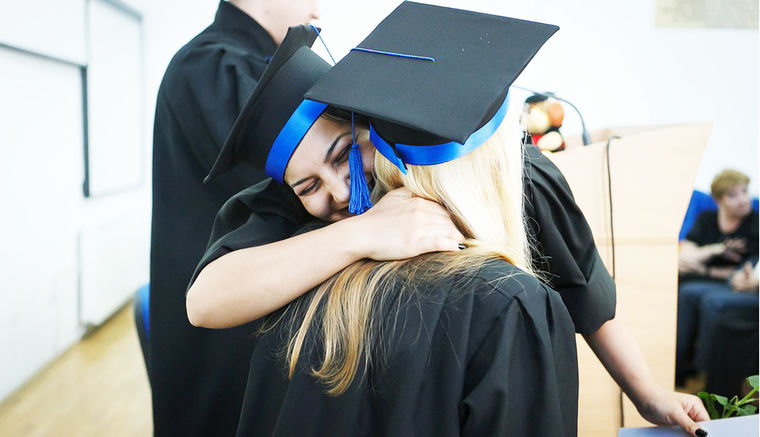 Everything you need to know about going to university