Kids are spending a lot more time on their smartphones than is good for them. To help parents and teachers stay in control in this digital age, Berlin-based media expert and young adult fiction author Thomas Feibel is calling for a deeper understanding of the concept of reading skills
Author: Thomas Feibel | Illustration: Friederike Schlenz | Photo: Die Hoffotografen | 2019/1 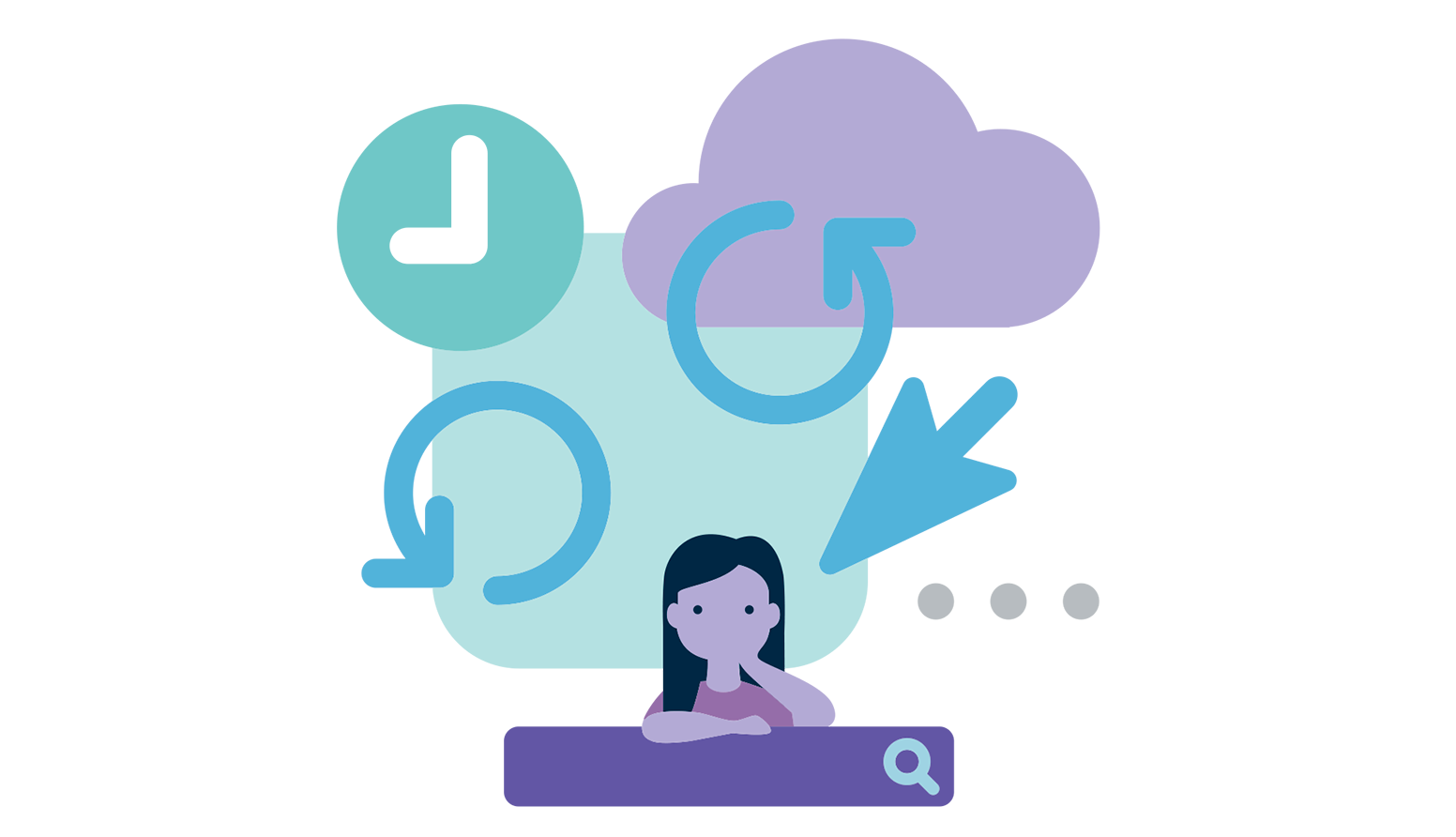 The smartphone is a perfect example of how drastically media education has changed over the past few years. For the first time in the history of media, parents are asking their children to do something that they themselves can’t manage: resist their smartphones. Back in the day, we learned not to turn the telly on as soon as we got up in the morning, but to wait until we’d finished all of our work and chores for the day. But the TV doesn’t beep and buzz incessantly – unlike the smartphone, which interrupts just about everything nowadays: work, lessons, mealtimes. We take the device everywhere with us, as naturally as we would our house keys and wallet. Of course, the smartphone has an incredible host of benefits that simplify things for us, especially in our professional lives. Being able to work from anywhere and respond to news and messages at any time is real progress. But for many adults, this means losing a lot of their free time. Behind the apparent blessing of convenience lurks the curse of constant availability. We don’t get to switch off any more.

The question is this: how can we successfully educate children and teenagers about digital media when we ourselves haven’t yet figured out how to have a healthy relationship with it? Finding the right balance is just one part of the solution. There’s another factor affecting media education, which is entering the debate for the first time.

Modern media education affects us all

Just a few years ago, our media education problems looked a bit like this: kids and teenagers were playing video games non-stop and parents were desperately trying to limit their excessive gaming. These parents didn’t play any video games themselves. The fundamental difference these days is that we want to protect children from risks and dangers that also greatly affect us. It’s the same story, whether it’s about fake news, hate speech or big data. We want to protect, support and guide our children. Modern media education simply cannot be separated from our own attitudes and behaviour any longer. In order to better educate our children and teenagers, we need to set a good example and become more knowledgeable on the subject ourselves, so that we can then implement what we learn. But how? By developing reading skills.

It’s often said that children and teenagers are much more tech-savvy than adults. But let’s be realistic: of course, children and teenagers are quicker at figuring out new media – but that’s just a matter of pure operating skills. They find it a lot easier to navigate technical devices or social networks – however, most of them are not fully aware of the consequences of their online actions. Perhaps they don’t know what happens to their data or they underestimate the impact of a silly prank that, in the online world, can quickly escalate into cyberbullying with fatal consequences. What they’re missing is an integration process, which parents and teachers are responsible for providing.

Up to now, the supposed solution to these problems has been media literacy. But this term has become a little dated over the years. It means something different to everyone and only rarely manages to keep up with the rapid rate at which things change online. The end goal of developing reading skills is more precise, consistent and detailed. Developing our reading skills helps us to more clearly understand what we’re consuming: how we read also shows how we interpret and assess information.

Where reading skills come into play

We adults have been developing a range of reading skills over the years. We’ve learned how to consume information from books, newspapers and films; it comes naturally to us. But that doesn’t bring us any closer to understanding the game ‘Minecraft’. You need entirely different reading skills to play video games.

The internet also differs considerably from the kind of reading we’re used to. After all, in the online world, we’re faced with a new feeling: mistrust. Is it all really true? Is this text really an independent report or is it a form of advertisement? In the next section, I’ll present a series of issues, each of which requires a particular set of reading skills to navigate. 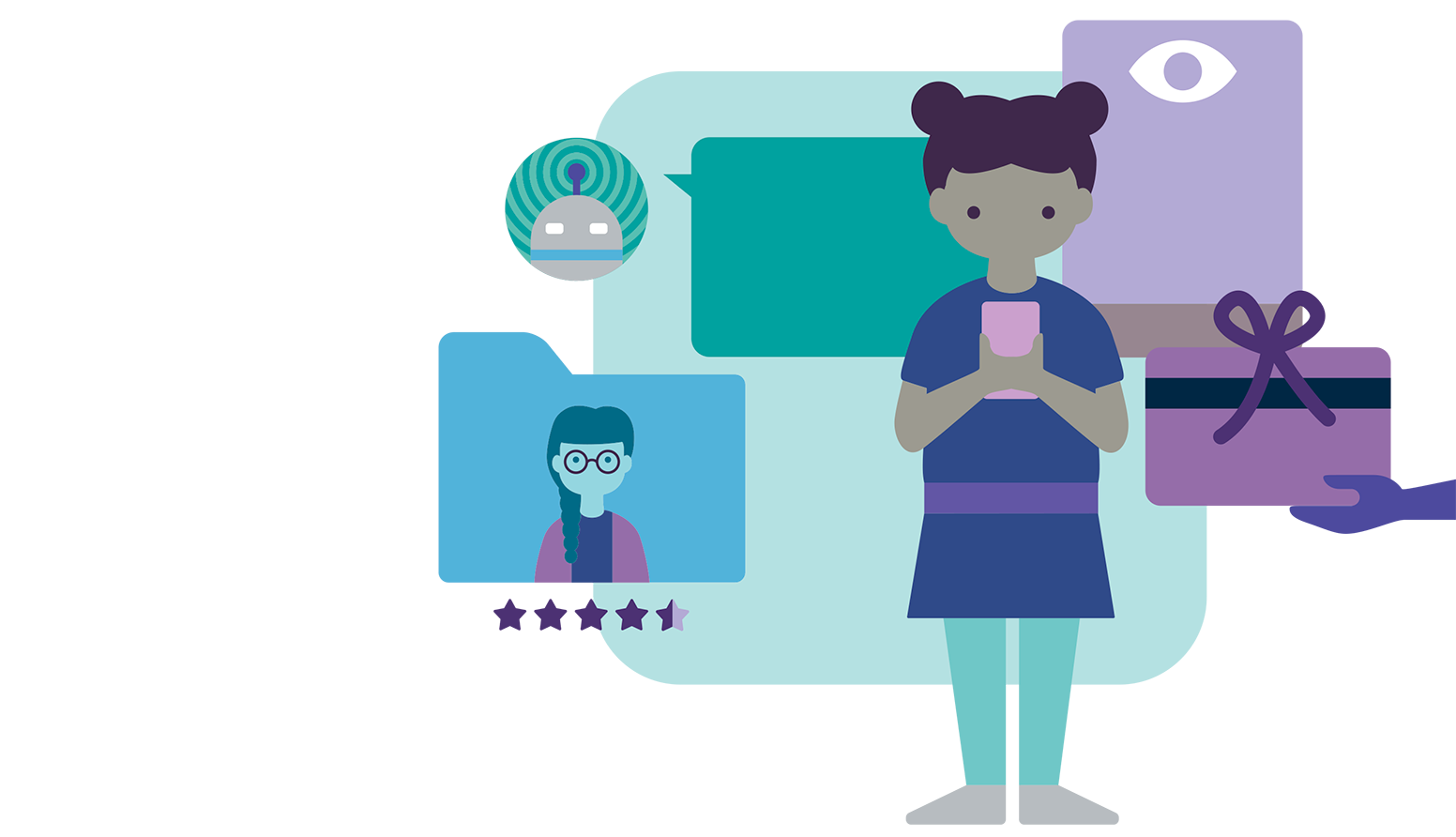 In theory, ‘free-to-play’ games are just that. Children and teenagers get weapons, diamonds and other gifts to acquaint them with the game’s payment system. If they lose these gifts during game-play, they can buy new items later for a small cost. According to the ‘Süddeutsche Zeitung’ newspaper, the creators of ‘Fortnite’ have made a profit of over three billion dollars.

Parents and grandparents often buy iTunes and Google Play gift cards as birthday or Christmas presents. Gift cards were invented to enable people who don’t have their own credit cards – children, for example – to buy things on the internet.

Apps cost considerably less than console and PC games and are a lot easier to install. But apps also like to snoop on their users. Some of them secretly take screenshots of the display, while others scan your contact list. The website ‘www.app-geprüft.net’ has a traffic light system to indicate the severity of privacy breaches by different apps.

Social networks have always existed in some form: family, friends, neighbours, clubs or school classes, for instance. Members of these networks all share interests and communicate with one another. Online social networks are similar, except that Facebook or Instagram users can also suddenly be ‘friends’ with people they don’t actually know. Of course, the fact that these networks also read and sell their users’ data is what most clearly distinguishes them from real-life social networks.

If you write a book or make a film these days, you no longer have to wait to be discovered. You can simply publish your work yourself online and, if you’re lucky, you might build up a bit of a following. Anyone can do it, even children. That’s how artists like Justin Bieber and German twins Lina and Lena got so popular. Their stories prove that anyone can do it.

Fake headlines and news reports are posted to provoke people with lies and messages of hate. This spread of fake news is helped along by so-called ‘social bots’, robot programs pretending to be people, which automatically circulate the articles. Sites such as ‘www.mimikama.at’ and ‘www.helden-statt-trolle.de’ help to sort the real sites from the fake ones.

A lot of websites have chat boxes that open automatically, asking questions such as ‘How can I help you?’ – but it’s just an automated program. Up to now, users have only noticed because of all the linguistic and grammatical errors the programs feature in their questions. But agencies have already started working with dramatists to ensure that, in future, nobody will be able to tell whether they’re talking to a bot or another human being.

There’s no privacy online. The most intimate details shared online or in messenger applications such as WhatsApp can easily be sniffed out.

Nothing posted online can stay secret. Companies we’ve never even heard of are analysing everything we search, post and buy and many other traces we leave online. We all know by now that companies can use this information to present us with specific, personalised adverts. But by sharing their data, people also leave themselves vulnerable to political campaigns of extremely subtle online manipulation. Students are also at risk here.

Virtual assistants such as Alexa have an unbeatable advantage: they have ended the need for keyboards. The speech recognition technology is excellent. Manufacturers often downplay fears that these devices listen in on conversations even when they’re switched off. Supposedly, they only start listening after someone says a certain keyword. But surely virtual assistants need to be listening all the time to hear the keyword?

This term refers to a rating system for citizens. If you pay your taxes on time, you’re a good citizen and you’ll be rewarded, for example with the opportunity to get a new apartment sooner. If you go bankrupt, you’ll lose the right to travel on express trains or book flights. It sounds like something out of a dystopian novel, but it has been a reality in China for a while now. 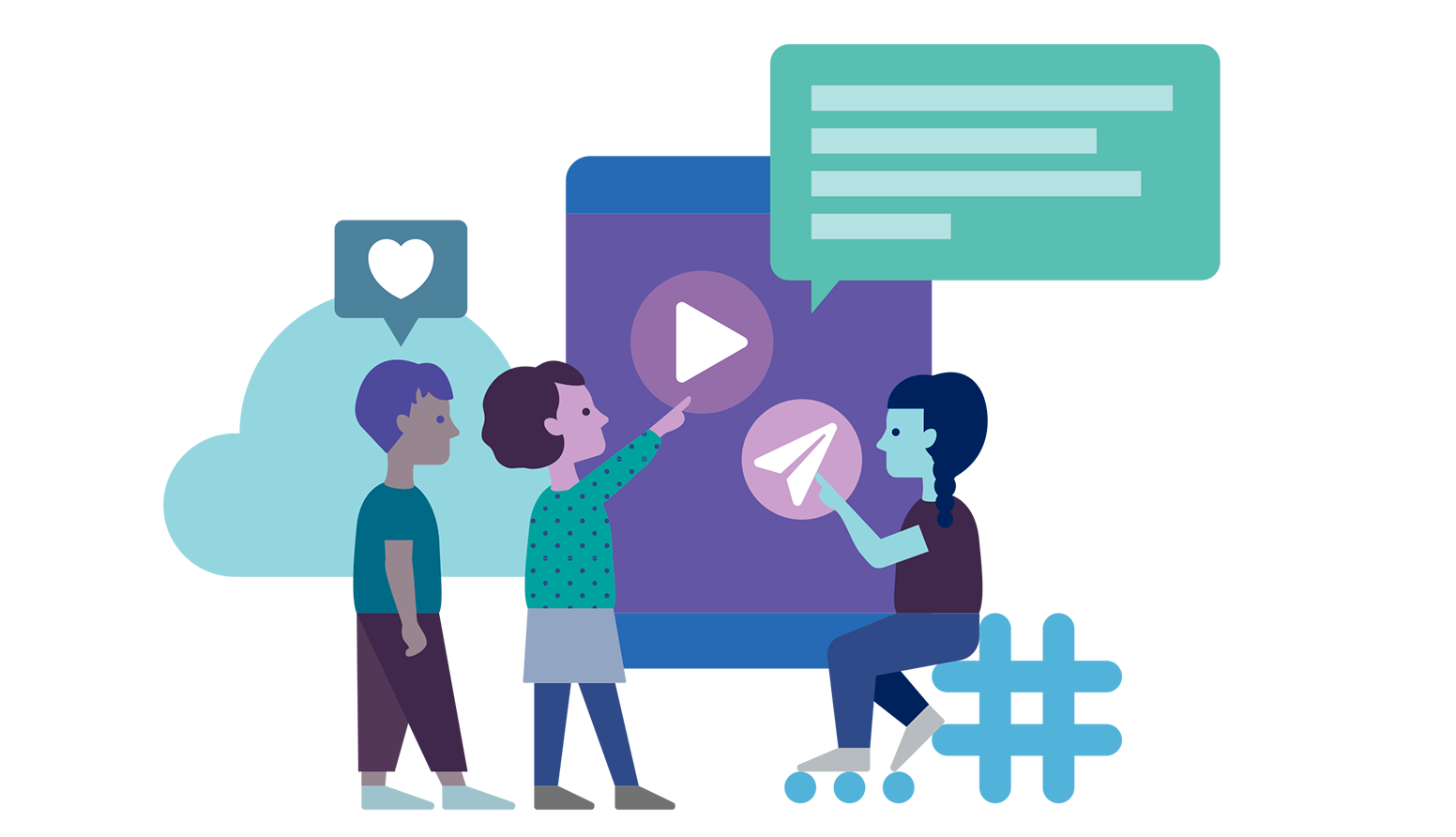 This brief overview shows that there’s a lot more to our educational mission than just worrying about when our children are putting their phones down. This just leaves one question.

Who should be doing the educating?

Of course, media education is to a greater extent the responsibility of parents, but schools also have a part to play. Schools often take the simplest approach here: they ban phones. This is good on the one hand, because school is potentially one of the only places left where students are offline. On the other hand, using smartphones is a cultural skill that children do need to learn. Bans don’t help anybody. That’s why some schools permit students to use their mobile phones to record or document things, but not for anything else. It’s also important to develop a set of digital and ethical school rules together with the students. Topics such as photos, rights and cyberbullying could be handled much more purposefully if there’s a clear outcome at the end. These school rules also shouldn’t be treated like the ten commandments, applicable only to the school’s day-to-day relationship with digital technology, but rather regarded as a key element of media education. There’s also another useful educational institution that gets forgotten time and again: the public library. Libraries provide the space, technology (WiFi, tablets, sometimes even robotics) required for media education, not to mention trained staff. If we incorporated libraries more into the process of media education, it would take some pressure off both schools and parents.

One last tip: draw up a contract on media usage

Much like the digital school rules, it’s also a good idea to agree on a set of rules to follow at home. At ‘www.mediennutzungsvertrag.de’, parents can create a useful contract containing a set of rules, agreed upon with their children or teenagers, on a range of media. Kids are more likely to follow rules if they’ve played a part in making them. Of course, this won’t stop something going wrong every now and then. They’re kids and kids test boundaries – that’s completely normal. That’s why having even the very best rules and contracts in place isn’t enough on its own – parents also need to check that the rules are being followed. Sure, it’s tiring, but that’s why it’s called educational work.

is a media expert and runs the ‘Büro für Kindermedien’ (an office for children’s media) in Berlin. He works as a journalist and young adult fiction author, holds readings and talks and organises workshops and seminars. 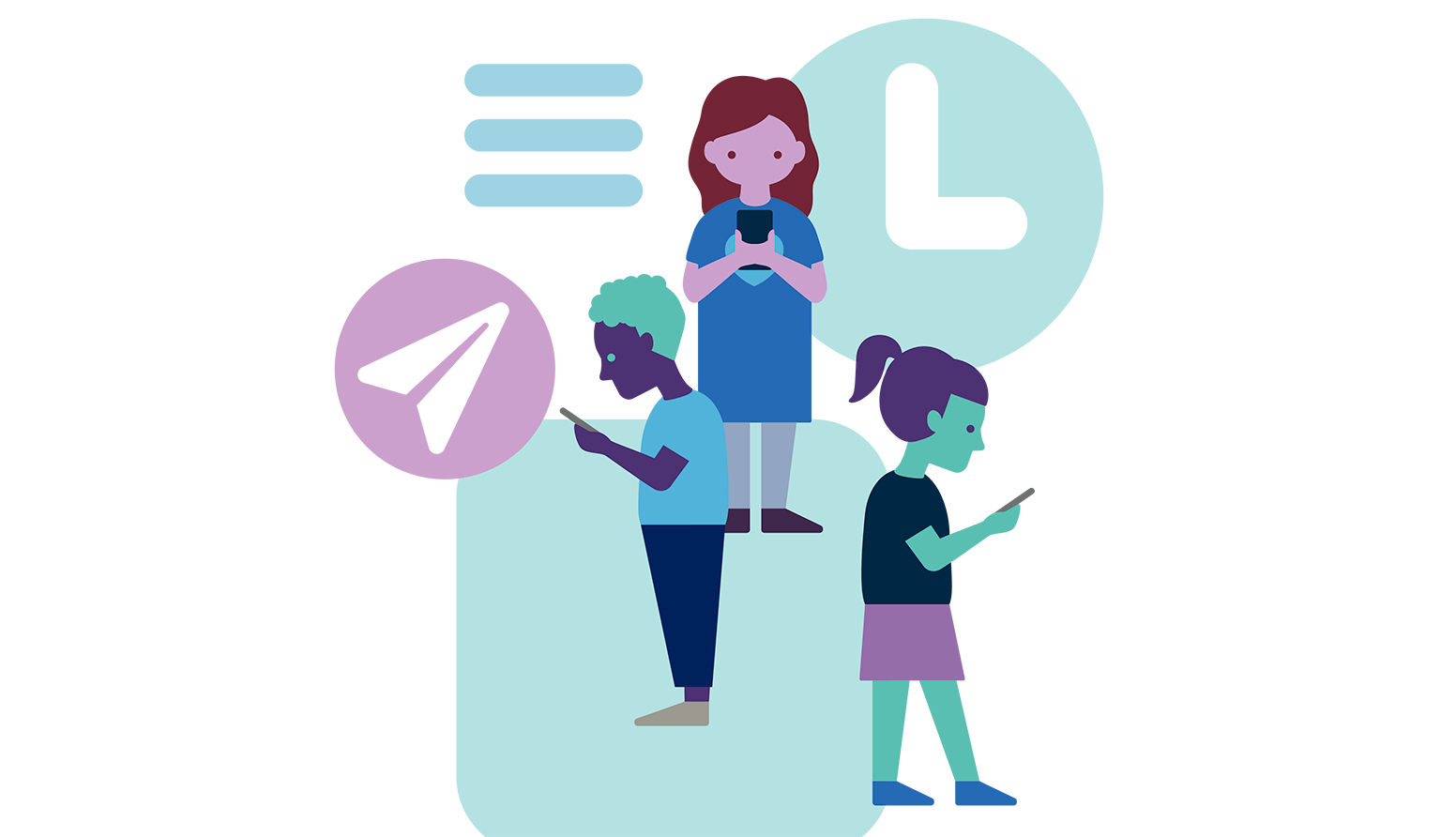