Katja Reim accompanies her eight-year-old daughter on the bumpy road through cyberspace. Together they learn many things on their journey. On her blog, she writes about some of their fun and exciting adventures
AUTHOR: KATJA REIM | PHOTO: SILKE WEINSHEIMER | 2015/2 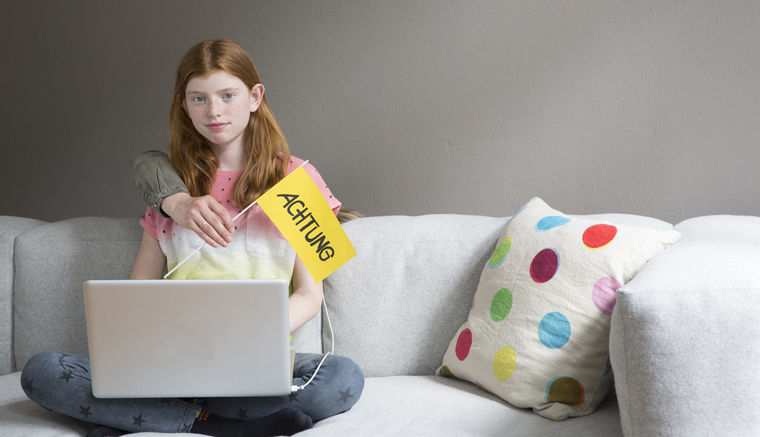 We are living in times of social upheaval. Digital technology is changing the world and children’s bedrooms. ‘We are currently preparing students for jobs that don’t yet exist, using technologies that haven’t been invented, in order to solve problems we don’t even know are problems yet,’ notes US teacher Karl Fisch.

The digital transformation is set to continue playing a central role – this also applies to my daughter, who is now eight. That’s why I want to prepare her for the future as well as I can, showing her the pitfalls as well as the boundless possibilities. And I hope to instil values from the analogue world into her for her journey in the digital world.

Her media education is an exciting open-ended experiment, and my blog Meincomputerkind is where I record what hap-pens, much like a diary.

As a journalist, I understand the potential power and fascination of the dark side of the Web. But I also know that banning things cannot protect children. I want to encourage parents to follow their gut instinct and prevent themselves from becoming estranged from their children through digital technology. Today, ten-year-olds are prepared to get their hands mucky in the Minecraft world for hours on end, but adults at home could never get them to hold a spade in the garden. Twelve-year-olds are lovesick even though lips have never touched – only Instagram profiles. These children need their parents as a kind of port and ethical values as an anchor.

In my experience, that is why it is a good idea to start media education at an early age, perhaps when children are attending playschool. The way to do this is not by leaving youngsters alone to swipe at their smartphones, but explaining the ins and outs of the digital world – just as you would talk about road safety.

We began doing this when our daughter was four. One of the first lessons was that photos can lie. Using a photo editing programme, she turned herself into a witch with a long nose. She thought it was fun and then began to question the advertising posters at the bus stop.

When she started school, we gave Maria a children’s tablet so that we could be there when she took her first steps online and show her the most important rules of behaviour before she spends puberty surfing the Internet. After all, parents are digital authorities at the outset – despite the gaps in their knowledge. Surveys by the German Institute for Trust and Security on the Internet have confirmed this point. In response to the question, ‘Whose advice do you trust when you are not sure whether certain Internet sites are safe?’ 69% of children aged 9 to 13 look to their fathers, and 67% rely on their mothers. In the next stage of development (14- to 17-year-olds), significantly fewer still trust their fathers (39%) or mothers (35%).

The parents of young people aged 18 and over are lucky if their children still turn to them with any questions at all. If anyone thinks that I want to get my daughter hooked on cyber technology or that I’m robbing her of a childhood, I tell them the story of our sweet bowl. It has been on a table in the living room within easy reach since Maria was small. She’s learnt that she has to ask if she wants to take a sweet. Things didn’t run like clockwork from the outset – we lost a few gummy bears and a chocolate Father Christmas under mysterious circumstances – but Maria now finds asking permission to be the most normal thing in the world. I think the lure of digital technology is similar. There are plenty of temptations in apps designed for children. You can buy new characters or download paid-for extensions for memory and drawing games that entice users with bright, flashing colours. The logical consequence of this is the question, ‘Mummy, will you buy this for me?’ When out shopping in the real world, you can always answer with, ‘You’ve got your own pocket money’ and make children think about whether the purchase is worth it.

With this in mind, we’ve also introduced a kind of pocket money in the digital world. On her birthday, Maria was given a Google Play card with 15 yellow dot stickers on it, arranged in the shape of a smiley face. Each dot represents one euro. In this way, she can see how her online balance is reducing. The best thing about Maria’s media education is that we are learning together how to use the computer as a tool. Professor Wie Kinder heute wachsen (How Children Grow Up Today), believes that children should first discover digital media as a form of entertainment, but as tools that help them to create or produce something.

For example, we played around with a short animation featuring fighting pirates made out of stones. Maria took photographs of the individual movements, and I looked for support on what to do using the video portal YouTube while she slept. I found some great explanatory videos by searching for tutorials. Step by step, I was told what to do on the computer screen – what buttons to push, where to click and what to open.

Many of the digital experts in the videos hadn’t yet hit puberty, but I felt I was in good hands. Without Maria, it would never have dawned on me to seek advice from teenage tutors, but now

I do this regularly. I also wanted to make my daughter aware of the issue of compromising photos as soon as possible. In the analogue world, you could simply tear up or burn a photo like that. Things are very different in the digital world. To demonstrate this to Maria, we took a picture of her doll Anna and sent it on a digital journey using my blog www.computerkind.de and Facebook, asking other users to share it and send it back to us with a slight modification.

This idea turned out to be an incredible success. A single photo gave rise to a poetic excursion to the distant realms of digital possibilities. Anna often came back with a twin or a new outfit, sometimes holding a monkey, a dog, flowers or even a bottle of Coke. ‘And could someone do that to a photo of me?’ Maria would frequently ask. ‘Yes, poppet.’ Sometimes Anna came back with a greeting for the doll’s owner explaining where she was spending the day. I would then point out the city to Maria on the map. ‘The Internet goes all the way there!’ she would say in disbelief. ‘Yes, all the way there. And even further!’ We regularly use Skype to talk to Maria’s grandmother, who lives 3,000 km away in Mexico, and we even saw in the New Year together using our tablets back in January. This means that distance will have a different dimension for my child from an early age compared to how I used to see the world.

Digital technology is changing the world in ways like that. We will only learn over time how it will affect the lives of every individual, but we are able to predict certain developments. That is why we tell our daughter to take care with her data! To help her learn this, she already has her own mailbox with a made-up name. We explained a long time ago why we did not enter her real name and address. In order to check whether she really understood our point, I sent her a spam email that I had written myself. It said, ‘Congratulations! You’ve won a teddy. All you have to do is send us some details about you.’ She didn’t reply to the email, but showed it to me instead.

Will all of this protect my child from making mistakes online? I’m sure it won’t! Mistakes are part of growing up. I simply hope that we are arming Maria with useful skills and giving her plenty of self-confidence for the journey ahead. And I want her to continue trusting us – even when she hits digital puberty.

Katja Reim manages the news desk at Berliner Kurier, a daily newspaper. In her free time, the 41-year-old publishes a blog on www.meincomputerkind.de recounting how she educates her eight-year-old daughter about different media. 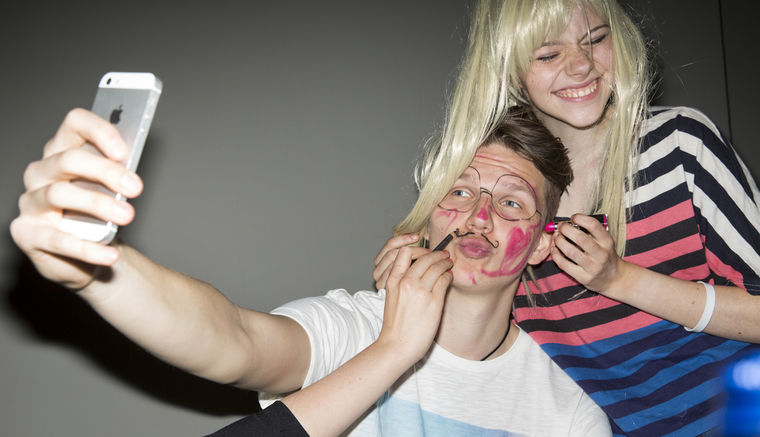 Data is the latest currency

We are never far away from the Internet these days, even when on the move.Mobile Internet devices have long been part of our everyday lives. The younger generation in particular is constantly online. But should our children use the Internet, and should we let them?
2015/2
AUTHOR: JOANNA SCHMÖLZ | PHOTO: SILKE WEINSHEIMER
Tweet
E-Mail
Drucken