Too many drills, too little creativity

Harald Lesch, as a science journalist and university professor, conveys complex natural phenomena in simple language, whether on television or in the lecture theatre. In an interview, he discusses how teachers can motivate their students to become interested in the natural sciences, the uses of physics in science fiction films and which subjects you should study in future
PHOTO: SILKE WEINSHEIMER | 2013/2 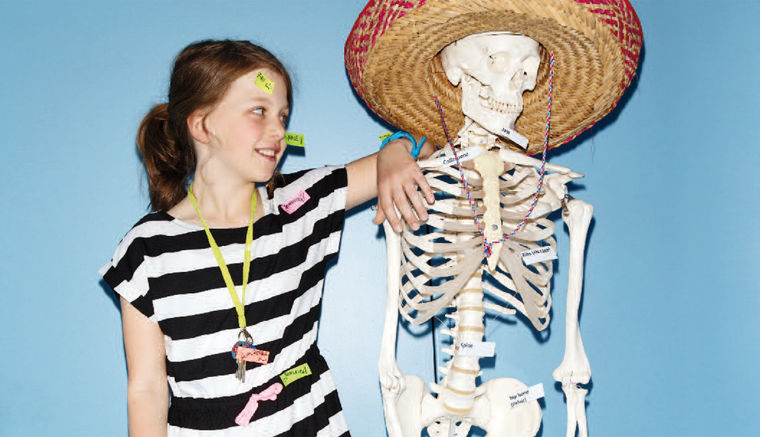 Bildungsthemen: What awakened your interest in the natural sciences?

Harald Lesch: Space travel. I grew into it during the time when the Americans and the Russians had huge plans for space travel. That was the stimulus for me. From an early age, I started to collect every newspaper article about rockets that I could find, and when Armstrong landed on the moon I knew that I had to do something related to space.

Science subjects generally aren’t very popular with school children. Do you think that there is a way for teachers to make the children more interested in these subjects?

It depends on the children’s age; are we talking about the stage before puberty or after it? In the fourth and fifth years of school there are still some options, but it gets more difficult later on. We should let teenage boys play sport or play music and keep them busy doing something competitive, because that’s what their brains need then, certainly not mathematics lessons. Their brains urgently need something to do to let off steam before they become fully functional again.

You mean that lessons should be suspended for a couple of years? Is that really advisable?

If you want a good example you should look to the private schools in Britain, where the lessons are effective for keeping boys of a certain age at an appropriate academic level. In the afternoons they do rowing, drama, or music. These are all the kinds of subjects that are usually neglected. The subjects that are important at those schools are art, physical education and music. These subjects stimulate creativity and allow students to let off steam, which is exactly the kind of stimulus that you need for studying science subjects. It doesn’t make any sense at all to fixate on the academic aspects of education at school because we are dealing with young people who are in the process of developing.

But how can you stimulate children’s interest in the natural sciences?

For example, if I tell students at school that we are going to be doing a project called “the physics of science fiction films” it sounds a lot more inviting than if I were to say “we’re doing physics.” Nobody wants to do that. Science fiction is cool and films are good. And then you can start speculating with the students. Can anybody calculate what temperature you would need in order to beam somebody? Or can you say, “actually I don’t think I want a fried egg anymore, so I’ll take it out of the pan and put it back in the shell.” Would that work? Well, maybe somehow, but it would be a terrible hassle. Doesn’t seem to be a problem in science fiction films though. In any case, it’s useful to have mathematics as a tool for solving specific problems. For example, how high does the temperature of a planet have to be if the water on it is liquid? As soon as you introduce numbers, you’re already doing mathematics, but the children don’t even have to notice that.

That sounds rather abstract and not particularly useful in practice …

I always advise teachers to invite people who constantly have to deal with numbers in their jobs. Children should talk to people who have to use mathematics every day. Then they can see that mathematics is genuinely used in real life. It isn’t an invention that somebody designed for lessons at school, but something that’s actually useful. Somebody who lays flooring needs to know the size of a particular surface area, and not just as a theoretical problem on a worksheet. That person needs to know how many square metres of flooring to use. Or when you walk into a shop and see the signs saying 30% off, you might ask, 30% of what? And how do I calculate that? Children need to know that while the world out there is definitely complicated, there are still a few things that can be calculated. Those are the kind of tasks that I would do a lot more of in class.

So do you have any advice for teachers?

Yes, invite some manual workers to class! Students at secondary school should learn that manual workers represent an extremely important group of occupations that are probably far more important for supporting our everyday life than all those desk jobs. They should see that these people solve very concrete mathematical problems, such as determining the thread that you need for a particular screw or calculating the pressure that a specific pipe has to withstand. It is extremely important to put things in context because this is the only way to motivate children to take an interest in these subjects. In my opinion all of the theoretical considerations over methods of motivation are completely removed from reality.

What exactly are you criticising?

Well, for example, the development of the subject of mathematics at German schools. Far too little mental arithmetic, far too little calculation of percentages. Fundamental mathematical methods are no longer taught and have been replaced by spaced-out things like set theory, which nobody really needs. They don’t teach enough geometry, they don’t teach enough three-dimensional orientation, but they teach far too much algebra. Who needs that? There are far too many drills involved and not enough creativity. What you should be doing with the students are projects, which are the most likely way that children and young people are really going to get a handle on the topic in the science subjects.

What kinds of projects do you suggest?

For example, I did a project with a Year 10 class on the topic of the transition of energy production. Everyone in the class was assigned a type of mechanism for generating energy and was told to interview a person who worked with it. They hadn’t been very interested in physics until then, or with mathematics either, but then all of a sudden they were standing in a biogas plant or talking to somebody who builds windmills. “Why doesn’t our community have a windmill?” they asked the mayor afterwards. The students investigated various aspects of the topic and had to present a report about it showing how the method worked and what it’s all about. At first they were nervous about it, but they managed to do it. They turned into little experts. The best part of it all was that students from the higher classes came to visit and I’ll never forget how one of the girls said to me, “Oh my god, Mr Lesch, they’re in Years 11 and 12, they know much more than we do.” So I told her, “Not at all. You are the experts here.” Of course that was a bit of an exaggeration because most teachers probably can’t manage to get through a project like that in the course of a school year, but it’s good to create situations like that where the children can be showered with praise. And I don’t mean things like, “Well that wasn’t too bad, C minus.” I mean real praise: you did a great job, that’s really amazing. And you can give out endless amounts of praise because it doesn’t cost you anything. Every person who receives praise really appreciates it.

So we should try to strengthen children’s self-confidence?

Yes, especially this strength of character that’s typical for manual workers; I’m convinced that this is an extremely important quality that you should try to foster. You don’t just want to be something; you can actually do something. It’s so motivating to master an art, to be able to do something really well, that it doesn’t matter at all what you can do. Whether you can play the flute or carve wooden horses or whatever. So these are the skills that you demand in your business? I can do that. And we shouldn’t start expecting young people to be experts in every single field.

You mean that the pressure to achieve is too high now?

Definitely. When I see all of the qualifications that my students are acquiring these days, I feel quite shocked by the long list of things they’ve done, at least on paper. They’ve already done three language courses and then ten additional seminars in business management in case they decide to change to the industry later on, and studied overseas for three semesters or applied for various scholarships. My god, it’s unbelievable! They can’t even imagine that it’s possible to just stay put and focus on learning something thoroughly.

Which subjects do you think hold the best prospects for the future?

Today you obviously need to study something in the field of renewable energies at a technical college. I think that is absolutely future-oriented. The transition to renewable energy is already a current topic, obviously. That includes everything related such as the transition of mobility away from fossil fuels, or motors that are more economical than we can possibly imagine today. Then you should be on board when agriculture in Germany transitions towards much more organic production. We’ll be concerned with the development of the infrastructure in the broadest sense of the word. Although development isn’t even the right word there, but rather the renovation of the existing infrastructure is going to become important. So bridge construction engineers are going to be needed because we have a lot of bridges that need to be repaired. Anyway, in future there will be a lot of work for engineers. In almost every field.

Harald Lesch is Professor at the Institute for Astronomy and Astrophysics at the university observatory attached to the Ludwig-Maximilians-Universität Munich, and has held the position since 1994. He also teaches natural philosophy at the Munich School of Philosophy. In 2012, he was chosen as university lecturer of the year. He is known to a wide audience through his appearances on science programmes on television, and currently hosts “Leschs Kosmos” on ZDF. 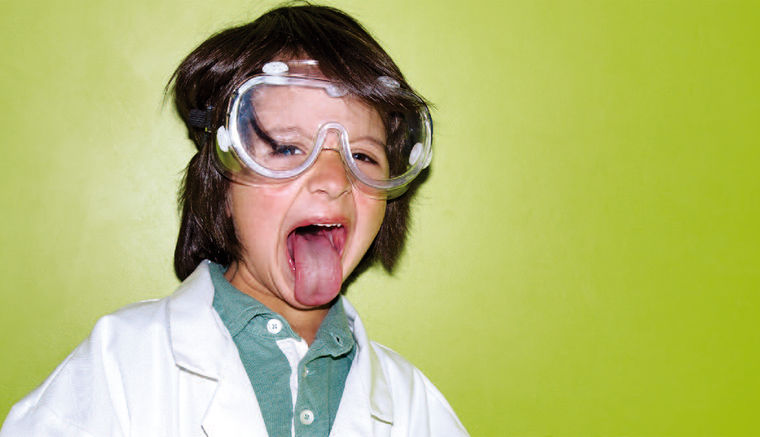 Are you in MINT condition?

Not everyone has to be a genius, but politicians complain that too few young people are entering the field of science and technology. But what should we do to attract children and young people to these subjects?
2013/2
AUTHOR: SILKE BRANDT | PHOTO: SILKE WEINSHEIMER
Tweet
E-Mail
Drucken