Coeducation: Together or Separate? 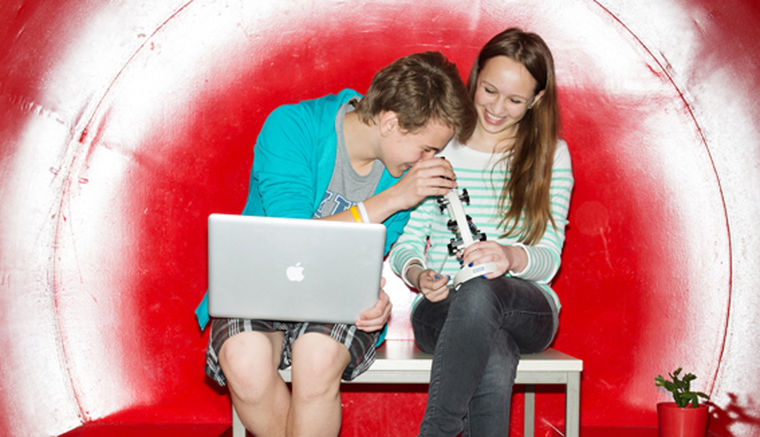 Although coeducation, teaching boys and girls together, became accepted as the standard in the 1970s and 1980s, a study by the University of Dortmund in 1988 suggested that young women and girls still avoided science subjects at school and engineering courses at university. This was not the case for girls who had attended girls’ schools.

Certainly there is a tendency for fewer girls than boys to choose science or technology when asked to choose their favourite subjects. This is particularly the case for physics – which is not the most popular subject amongst boys either – while by way of contrast biology has come to be seen as a “girls’ subject”. Likewise, women are still underrepresented in engineering science courses at university.  Therefore it continues to be a relevant issue in education and it is the task of schools to motivate and support girls and young women in these fields.

The central assumption that both boys and girls function more effectively in single-sex education stems from the impression that boys behave in a dominating manner in co-educative classes and prevent girls from contributing, while girls do not dare to ask questions or demand to take part in experiments. Indeed, such patterns can be observed; however, these patterns are neither natural nor inevitable.

On the one hand, girls and young women have become much more self-confident in recent years and no longer accept the idea of the dominance of the male sex as given. On the other hand, research has also shown that the teacher’s attitude and opinion play a central role. If the teacher believes that science and technology are “male” subjects, assumes that girls are not interested in them or believes that girls are incapable of doing them, the demotivating effect will be significantly stronger than any support from fellow students. Studies have also shown that it is necessary to clarify scientific material by providing a wide variety of different examples and to explain the corresponding results using a wide variety of different methods, because each child has individual learning strategies and does not necessarily draw upon similar experiences.

Good science lessons should make use of the full spectrum of possibilities. However, when science is taught as a co-educative subject, teachers must have additional competence in gender awareness. They must be aware of their own gender images. Do they believe that science and technology are “actually” male fields? If so, this is sure to influence their interactions with the girls and boys in their class. It could therefore be helpful for teachers to sit in on their colleagues’ classes in order to identify subtle mechanisms for the perpetuation of gender stereotypes. Furthermore, they must be able to maintain an overview when teenagers interact with one another or when they are given experimental tasks, and be aware of any “gender-specific” division of roles that might emerge. In this situation it could be effective to give clear directions to prevent situations where girls are “assigned” the role of note-taker and boys are “assigned” the role of presenter.

The majority of teachers, and also most of the girls and boys, would probably consider these kinds of predetermined concepts or ideas of different behaviour as a thing of the past; they believe that these issues no longer affect them. Because “gender-appropriate” behaviour generally appears to be “doxic”, that is, as unconscious, unreflective, self-evident actions, it must first be checked through targeted observation. Doing so reveals a surprising number of elements of gender ascription. In relation to co-educative teaching, such observations must primarily be made by the teachers. If teachers are prepared to undertake this task they will acquire greater competence in gender awareness and their lessons will result in greater profits for both boys and girls.

Hannelore Faulstich-Wieland is Professor of Educational Science, specialising in school education, at the University of Hamburg. She is also a qualified psychologist, with a doctorate in the social sciences and post-doctoral qualifications in educational science at the TU Berlin and the University of Bremen. Her main areas of research are coeducation, gender studies, socialisation and career orientation.

“Coeducation has failed its purpose!”

The implementation of the principle of coeducation as the standard form at public schools and later also at private schools in Germany in the 1960s was hailed as the ground-breaking start of a new era of increased equal opportunities and equal rights. Until then girls’ schools had often been regarded as inferior and it was not uncommon for them to be less well equipped.

In any case it took a long time before any inquiries were made into whether there has actually been significant progress towards the expected equality of opportunities and rights. The results are very dubious at least.

Neither have the clichéd roles according to sex been eradicated, nor has there been any indication of equally successful learning in different subjects regardless of sex, to say the least of any future career choices.

Girls study languages and arts subjects, while boys study mathematics and science subjects – this statement remains valid, not only as a tendency. The suspicion that coeducation leads not only to the reinforcement of typical gender roles but also to early preconceptions of supp­osed favourite subjects based on sex can also be supported empirically. We know that a disproportionate number of young women from girls’ schools participate in science or technology courses at university. The authors of the project group “FIT – Frauen in der Technik” (women in technology) showed that in single-sex IT classes, girls were able to participate more freely and develop a broader spectrum of technical skills. We know that girls have less self-confidence compared to boys of the same age. Boys raise their hand in class when they don’t quite know the exact ans­wer. Girls usually don’t raise their hand unless they know the exact answer. This results in girls withdrawing in class and leaving the field to the dominant students, particularly in mathematics and science subjects.

In single-sex classes the situation changes. Girls show an increased interest in taking risks and differences between the sexes in academic performance become less pronounced, as studies by the Institute for the Study of Labor (Institut zur Zukunft der Arbeit/ IZA) have found. This also leads to more girls in the senior classes at girls-only secondary schools, which are mainly Catholic schools in Germany, choosing science subjects. They feel more confident in their ability to do so-called boys’ subjects.

Although discrimination against girls in the natural sciences has been at the focus of most discussions about coeduca­tion versus single-sex education during the past few decades, boys have become the focus of recent discussions and regarded as equally disadvantaged. Boys in co-educative classes lag far behind girls in reading comprehension skills, which are especially important for academic success.

Modern neuroscience has found that boys and girls learn in completely different ways. Girls are better at communicating emotions and store knowledge in both halves of the brain. Boys respond better to abstract problems and store knowledge in only one half of the brain. Teachers can also take these factors into account more effectively when teaching single-sex groups.

The issue is not to determine the fundamental purpose of coeducation. However, the introduction of single-sex learning groups in certain subjects, at least in stages, should be given serious consideration at every school.

Heinz-Peter Meidinger is the federal chairman of the German Association of Philologists (Deutscher Philologenverband) and vice president of the German Teachers’ Association (Deutscher Lehrerverband). He is also the director of studies and principal of the Robert Koch Gymnasium secondary school in Deggendorf. After studying German, history, social studies and philosophy in Regensburg, he also worked as a secondary school teacher and held seminars for German. 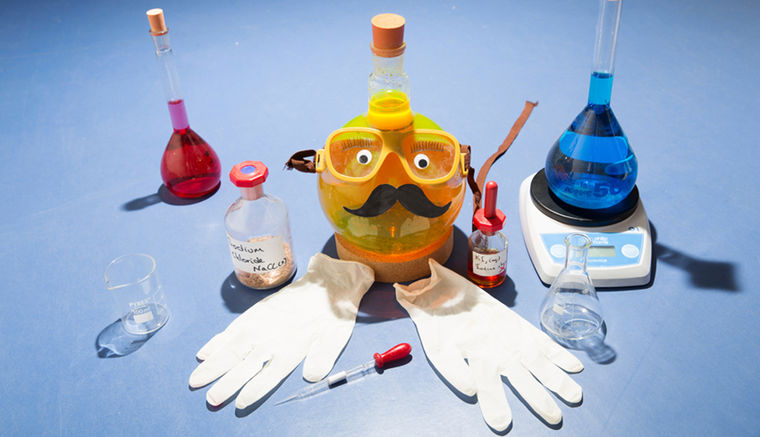 On this page, we introduce three German universities that have consistently received a high ranking. We have also listed some useful sites with detailed information about the topic of MINT or science and technology subjects
2013/2
PHOTO: SILKE WEINSHEIMER
Tweet
E-Mail
Drucken