Stella Pepper – An interview with the "Wilde Kerle" girl 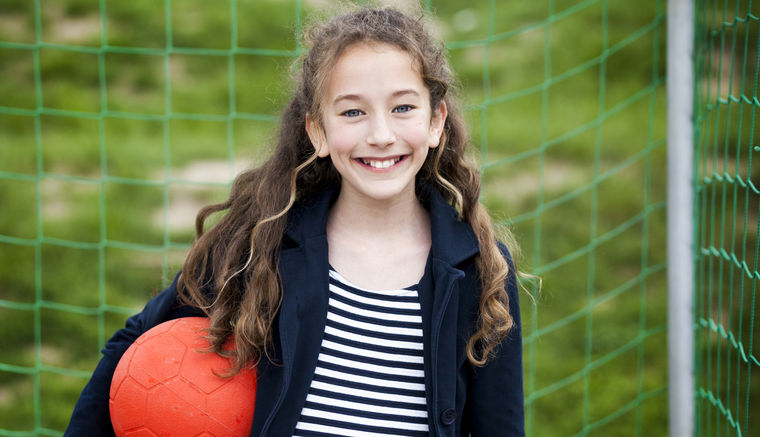 Stella Pepper is in year 7 at the Phorms Taunus Campus. Many people know the twelve-year-old as ‘Müller’, because that was Stella’s name in the recently released film ‘Die wilden Kerle 6 – Die Legende lebt’ (The Wild Guys 6 – The Legend Lives On). In the film she not only shows off her talent as an actress, but also her impressive football skills

When you think back to your time shooting the film, what do you remember most?

Definitely my action scene – I had to jump from one lorry to another and then slide down a sand hill. It was 36 degrees, so it was pretty tough, but it was also really cool.

Is that also your favourite scene?

No, my favourite is the scene when they choose the seventh player for Leo’s football team. That’s when I become one of the wild guys. I think it’s a great scene, because I’m a new character and the only girl, but at the start I dress like a boy. Plus then we all play football together and I love football!

Did you already play football before the film?

Yes, I played now and then in our courtyard or on a football pitch with my dad. We had a trainer while we were shooting the film. He taught us tricks, like how to do headers or sidestep other players. We have a football pitch at the Phorms Taunus Campus and I play there a lot.

You’re not only familiar with the school grounds at the Phorms Taunus Campus, you also went to the Phorms primary schools in Munich and Hamburg. How did that come about?

I was born in Munich and went to a Brazilian nursery there, because my mum is Brazilian. My dad is American and it was important to my parents that I didn’t just learn German, but English as well. That’s why I was enrolled at the Phorms school in Munich. When I was eight years old we moved to Hamburg and in 2015 we moved to Frankfurt. Since then I’ve been going to the Phorms secondary school in Taunus with my big sister.

And are there differences between the three Phorms schools?

Yes, mostly in terms of the school buildings. In Munich you have to go through an enormous gate before you can see the big old building. It’s pretty impressive. In Hamburg at the start we were in demountables and then after that we moved to the current location. The Taunus school feels like a huge loft. I also think the nice big playground is awesome. It’s also really great for playing football.

How did your schoolmates react to seeing you in the film?

After the shoot I was new at the Phorms secondary school in Taunus. In the beginning I didn’t tell anyone. I didn’t want to show off and sometimes these kinds of things can make people jealous. But my friends found out on their own. All my friends in Munich, Hamburg and Frankfurt were really happy for me.

How did you manage to go to school and act in the film at the same time?

The film was shot in the summer holidays in 2015. In total it was nine weeks. But I didn’t have to be there all the time, I also had free days now and then. After the filming finished some of the actors had to go straight back to school. I had one more week off and flew to Majorca with my family.

Did you have to memorise a lot of dialogue for your part?

It was OK. At the start, when I got the script, I read through everything and during the shoot I learnt it by heart. I practised my lines with my mum. I changed some of the lines during the shoot, because sometimes there was a word that I wouldn’t naturally say. Our coach on set also helped us a lot.

What exactly did the coach do?

She trained our voices and did breathing exercises with us. I have a high voice and in some scenes, I had to talk with a slightly lower voice. We practised that as well as how to make my voice sound stronger. Is there an actor or actress who you really admire? Jennifer Lawrence, because she mostly does action films. That’s kind of my ‘thing’. She’s also a really good actress.

Would you like to continue acting later in life?

Yes, I would, but actually I’d also like to be an architect. I like painting and designing rooms. I’m not really great at maths yet, but I can get better at it.

Are there plans to make The Wild Guys 7?

We don’t know yet. If there are, then it won’t be filmed until summer 2017. But I think it would be great to keep playing the ‘Wild Guys’ girl. 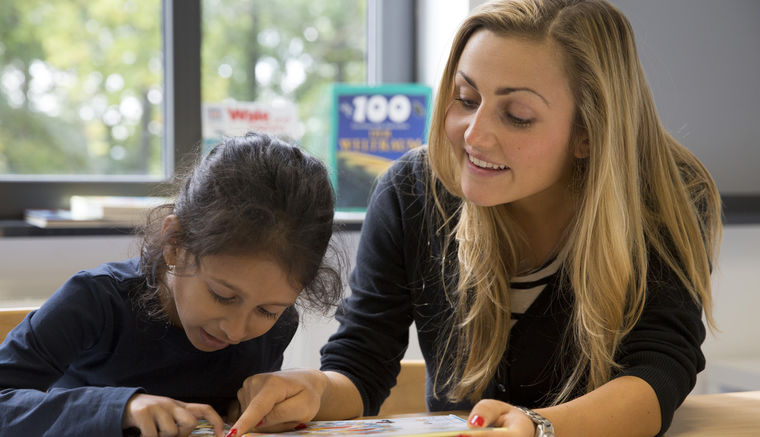 What is the secret to good teaching?