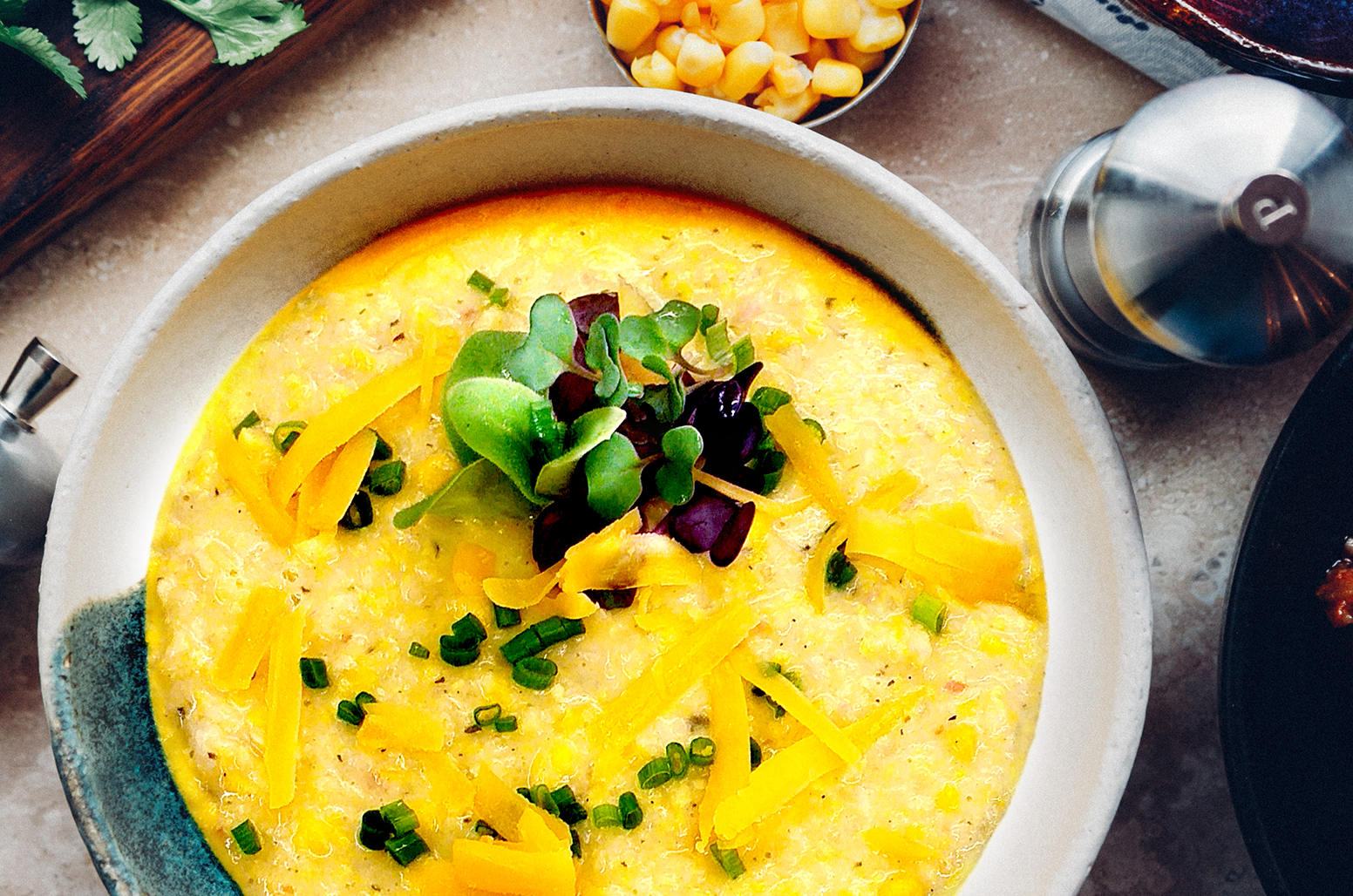 This is what you do

Melt butter in a large pot over a medium heat. Add the onion and bacon and cook, stirring frequently for 8 – 10 minutes, until the onion has softened and is just starting to brown around the edges. Add in the flour and garlic and cook for 2 minutes.

While whisking, slowly pour in the water and bring the mixture to a boil. Then stir in the corn kernels, potatoes, thyme and bay leaf, and season with salt and pepper to taste. Bring to a boil again, then reduce the heat to low and allow to simmer, stirring occasionally, until the potatoes are cooked (about 20 minutes).

Remove the bay leave, then transfer half the soup to a blender and blend until smooth. Return the mixture to the pot, then stir in the cream, milk and honey. Sprinkle each serving with chives and cheddar.

‘My name is Ned Karamujic and I was born in Bosnia-Herzegovina. There, I was able to sniff the gastronomic air in my parents’ restaurant at an early age. As a teenager, I moved with my family to Australia and noticed during my law studies that I wanted to follow in my mother’s footsteps. After my apprenticeship as a cook, I first worked on a cruise ship at the Great Barrier Reef and later moved to Melbourne. Since 2010, I have been living with my wife and son in Berlin, where I was able to experience interesting stations as kitchen director with the Soho House, Hotel Zoo and Grill Royal as well as the Izakaya Asian Kitchen & Bar in Hamburg and Munich.’ 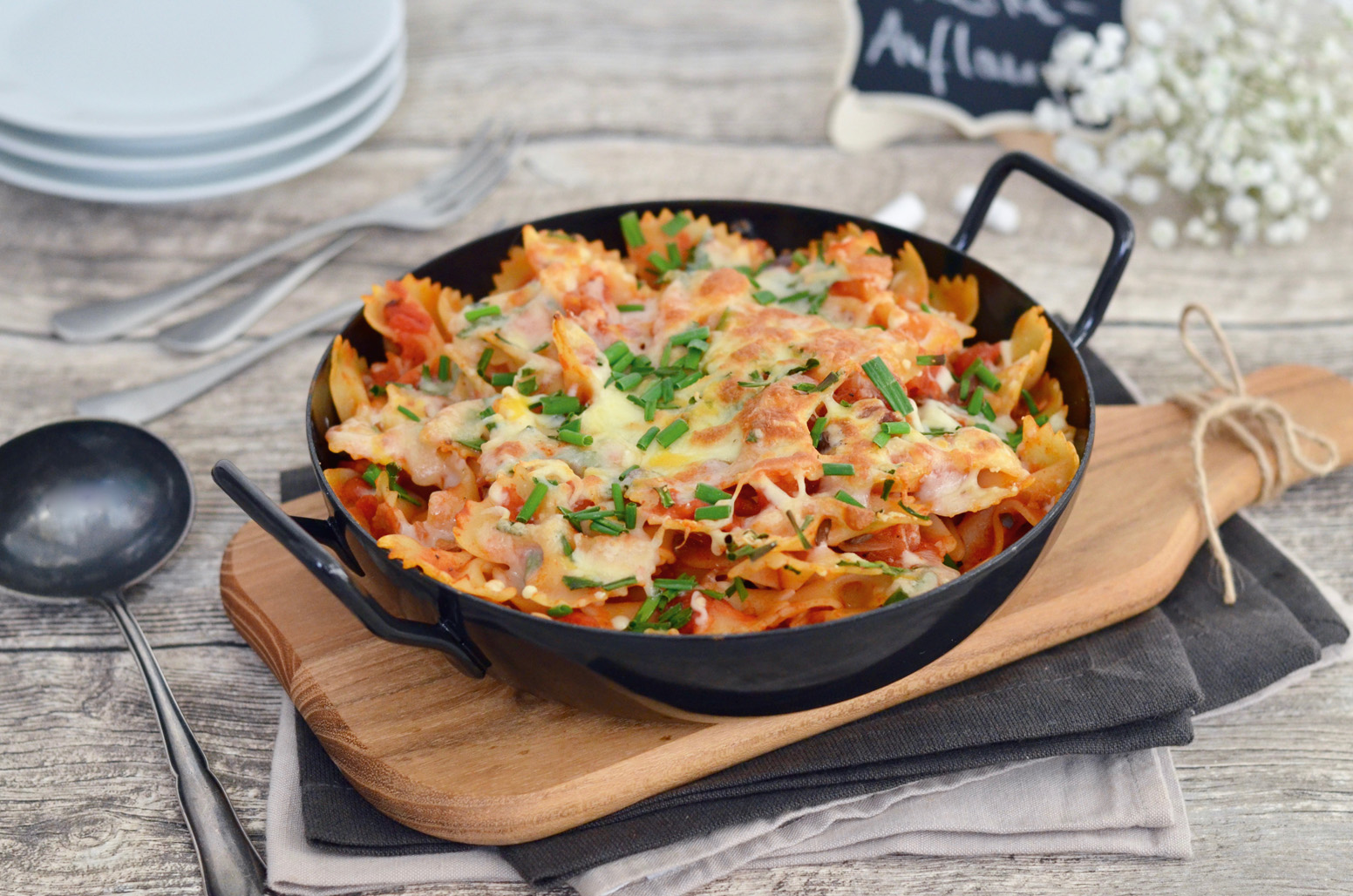 Pasta-bake with tomatoes, ham and olives

A recipe for kids of all ages by food blogger 'Graziellas Foodblog'
2018/2
Text & Photo: Graziella Macri