Yolo’, ‘swag’ and ‘Du bist der Babo’ are all examples of german youth slang. But is youth slang really a language in its own right? And how is language changing? Non-fiction author Nikolaus Nützel is someone who has looked more closely at the issue than most. He was invited to Phorms Campus Hamburg as part of the city’s Seiteneinsteiger literature festival
PHOTO: LISA JOHANNA THIELE | 2016/1 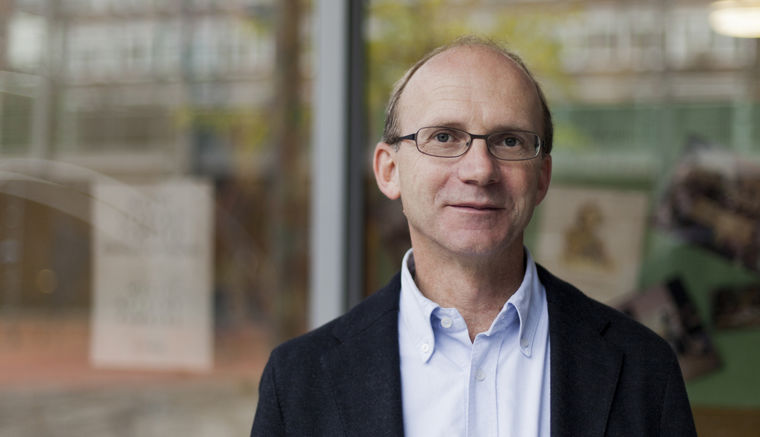 Anyone who thought that it was impossible to rap Goethe’s The Sorcerer’s Ap-prentice from 1797 was proven sorely wrong at Phorms Campus Hamburg. Backed by loud beatbox rhythms came: ‘Flow! Flow! Stretches many | Spare not any | Water rushing | ever streaming fully downward | toward the pool in current gushing.’ The beatboxers were the 80 or so students in years 5 to 9 of the Phorms secondary school in Hamburg. The rapper breathing new life into Goethe’s verse was Nikolaus Nützel. Nützel is hardly a well-known rapper. He is better known as a German journalist and author, thanks to reports on radio stations such as Bayerischer Rundfunk and Deutschlandfunk and various nonfiction books for children.

As part of the Hamburg literature festival Seiteneinsteiger, Nützel used his interactive presentation to show the youngsters the possibilities and origins of language. His talk was based on his nonfiction book for young people entitled Sprache oder Was den Menschen zum Men¬schen macht (Language, or what makes people people).

‘Ik gihorta dat seggen’ (I heard tell), said Nützel in Old High German to his audience, who looked somewhat perplexed. ‘This is from the Hildebrandslied (Song of Hildebrand), one of the earliest poetic texts ever written. This is how people may once have spoken in Old High German,’ he continued. When he read out the passage more slowly a second time, the penny began to drop amongst his audience. ‘“Seggen” could mean “sagen” (to say/to tell),’ said Jette from year 8 – and she was spot on. This now begs the question of how ‘seggen’ became ‘sagen’.

This is a question that plenty of adults would struggle to answer, but Nützel offered his young audience a few creative explanations of linguistic change. Whilst studying in Spain, for example, he read a film poster with the words ‘Cocodrilo Dundee’. He thought it must be a typo. ‘But then my lecturer informed me that “cocodrilo” really is the Spanish word for “crocodile”. Whenever a word is used in several languages, the letters can get jumbled up a bit. Words are sometimes thrown up into the air and caught again, with the resulting word gaining ground in that language,’ explains Nützel. This may have been how different languages emerged in Europe.

Although this simplified explanation is explored in greater detail in the field of linguistic science, it is enough to get the students thinking about how they use language. They realise that language is something valuable and adaptable.

The author further explained that this is how many slang terms came into use. Linguistic change is a process that still goes on today. In 2011, for example, the word ‘swag’ was named by Langen scheidt as the German slang term of the year. ‘Swag’ comes from the verb ‘to swagger’ and describes a cool attitude to life. The English word has been adopted in German and is part of a change witnessed in the German language.

A new phenomenon observed by Nikolaus Nützel is that young people are start-ing more and more sentences with the words ‘keine Ahnung’ (no idea), seemingly giving rise to a new filler word. He also argues that young people are drop-ping more and more words from their speech. ‘People still understand you when you say “Kann ich die Milch?” (Can I [have] the milk?),’ remarked Nützel. This is also confirmed by the youth slang word of 2014 – which actually comprises three words. ‘Läuft bei dir’ is a sentence that basically just means ‘cool’ or ‘there’s no stopping you’. Although the subject, as well as adverbs such as ‘well’ or ‘badly’, are sim-ply omitted, both speaker and listener know what is meant.

This has got Jette thinking, and she asks if this kind of sentence is correct. ‘Not at the moment. But it might be in the future. You can do whatever you want with language. The main thing is that you know its rules,’ said Nützel.

A non-fiction book on human language and communication that is aimed at young people and packed with knowledge and surprising facts. Understandable and well illustrated. For readers aged 12 years and older. 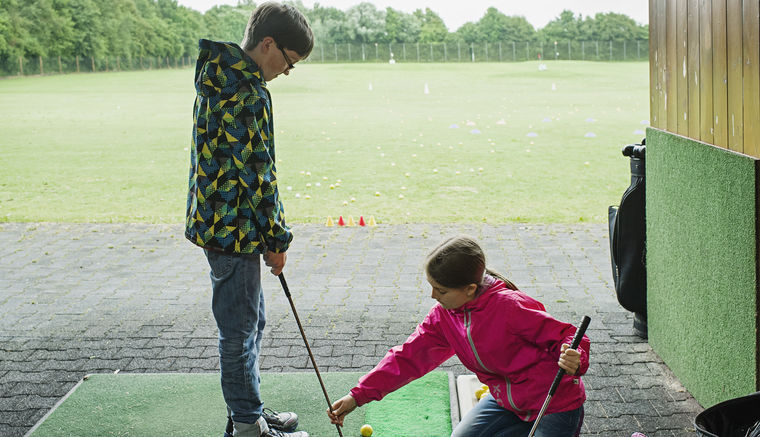 How golf can promote the inclusion of children with disabilities
2015/1
PHOTO: ANDREA USISON
Tweet
E-Mail
Drucken